Friday’s ruling by Federal Judge James Robart, which put a temporary halt on President Trump’s immigration order, has many Somali-Americans in Minnesota breathing a sigh of relief.

“The executive order of Donald Trump left me worried and without enough asleep for a week,” said Khadija Mohamed. “But when I heard about the stand that the judge has taken against the president, I felt so happy.”

That’s because Mohamed has a 19-year-old son, Ibrahim Ahmed, in Kenya who recently completed a two-year immigration process — involving multiple interviews, security screenings and medical examinations — and could now be closer to joining her in Minneapolis.

Since Jan. 27 — when Trump signed his executive order temporarily banning immigrants from seven predominantly Muslim counties, including Mohamed’s native Somalia — she feared that the order would make it very hard, if not impossible, for Ahmed to set foot in America.

Since then, Mohamed, who lives in north Minneapolis, has been following the news for updates about the order. “I never paid as much attention to the news and the U.S. politics in my life,” she said.

On Saturday morning, during her routine check-in on CNN, Mohamed stumbled upon the news that Robart, a federal judge in Seattle, had put a nationwide block on the executive order. (On Sunday, the Ninth Circuit Court of Appeals rejected a request by the Justice Department to restore the travel ban; the Trump administration is expected to reply to the order Monday.)

Robart’s ruling came one week after the ban announcement, which had triggered confusion and outrage at airports nationwide. Federal immigration authorities detained 100 to 200 lawful travelers and revoked the visas of at least 60,000 people from Somalia, Iraq, Iran, Syria, Sudan, Libya and Yemen.

The Trump administration said it wants to suspend people from these seven countries until the U.S. government has an “extreme vetting” process in place. Judge Robart, however, said there was no support for the administration’s argument to bar individuals from the affected countries.

Because of Robart’s order, Ahmed — who’s currently waiting to get his visa from the U.S. immigration authorities in Nairobi — can be reunited with Mohamed. 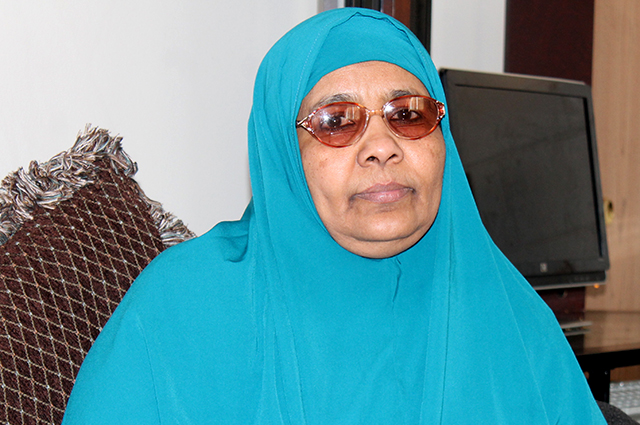 MinnPost photo by Ibrahim Hirsi
Khadija Mohamed: “The executive order of Donald Trump left me worried and without enough asleep for a week.”

This frustration isn’t unique to Mohamed’s family. In Minnesota, home to more than 150,000 Muslim-Americans, hundreds of families have been affected by the ban.

Among them is Khadra Abdulle, a Somali-American whose cousin, Kamal Mohamed (who’s no relation to Khadija), will finally get his two sons and wife to Minneapolis on Tuesday — after a weeklong delay of their departure from Ethiopia.

“Nobody stopped him or his children because they are U.S. citizens,” Abdulle said. “But his wife is not. So, they told her she couldn’t go with her husband and children because of the executive order.”

Kamal Mohamed, whose family also went through a years-long vetting process in Ethiopia, didn’t want to leave his wife. So, he waited until Judge Robart opened a door for them. “If it wasn’t for this judge, we wouldn’t have talked about the family coming to Minneapolis on Tuesday,” she said. “This president wants to make traveling very difficult for us.”

The executive order has also shaken the immigration fate of Abdulle’s husband, Abdiwoli Ali, who’s in Ethiopia. Ali began the process in 2013 and is currently in the final stage.

When Trump signed the order, though, Abdulle said she thought her husband would be stuck in Ethiopia: “Now, he could get his visa at any given day,” she said. “But if the order would’ve been in place, everything would’ve been frozen.”

“It’s really been a long process which has had a profound effect on us, emotionally and financially,” Abdulle added. “But we still have a chance. I wish and pray they give him his visa soon.”