“This has zero consideration for humanity,” said Vichet Chhuon, associate professor at the University of Minnesota and Cambodian-American community advocate. “It just feels like this administration is really moving in full force.”

The deportation memo calls for measures to expedite the removal of an estimated 11 million undocumented residents in the United States, including those charged with non-violent offenses, like shoplifting and traffic violations.

The plan also seeks to expand a federal program that allows qualified state or local law enforcement officers to receive training from Homeland Security, which then designates the officers as “immigration officers” to enforce immigration laws.

“It could be Minneapolis [or] it could be St. James,” said John Keller of the Immigration Center of Minnesota speaking Wednesday night at a community event in Minneapolis. “Any state or local unit will have the option to seek that training.”

Under the Obama administration, federal Immigration and Customs Enforcement (ICE) — the agency that administers deportation orders — prioritized extraditing violent criminals who posed a threat to public safety and national security. The new order, however, targets all undocumented immigrants, except for people who came to the U.S. as children and parents of U.S. citizens.

The order also expands the “expedited removal” protocol, which was created to immediately expel unauthorized immigrants without court involvement. Under the previous administration, this removal applied only to people caught within 100 miles of the border and 14 days of entry. The new rule, however, stretches that period to two years and makes expedited removal applicable across the country.

“So, proven advice from attorneys after reading this now is that … you should be carrying at least two years plus of proof you’ve been in the United States to not be subject to expedited removal,” Keller said.

On top of that, as detailed in the memo, the administration plans to hire more than 15,000 additional immigration officials to implement deportations and help strengthen border protection.

“[Trump] wants to be fast and he wants to have a big expanse, and nobody is safe anywhere anymore,” said Tyler Moroles, co-chair of the Minnesota Latino DFL Caucus.

The plan is among several executive orders the president issued during his first weeks in the White House, plans that have also included building a wall along the Southern border, temporarily banning people from seven predominantly Muslim countries and cutting federal funding to sanctuary cities.

The immigration ban triggered demonstrations in several U.S. airports, where hundreds of travelers lawfully entering the country were detained for hours. A week later, a federal judge in Seattle temporarily blocked the ban.

Moroles said the plan announcing the mass deportations doesn’t come to him as a surprise: Trump, after all, has been saying this at campaign rallies for the past year and a half. “It’s clear that Donald Trump has come across a lot of institutional constraints,” he added. “Now he’s coming to the realization that it is not possible unless he starts to be creative with his executive branch.”

In Minnesota — home to an estimated 95,000 undocumented immigrants — there haven’t been official reports linking local incidents to the nationwide sweep, though Moroles noted several ICE raids that took place in some parts of the state. “There have been raids and there have been extractions of undocumented immigrants and separating families,” he said, adding that leaders in his community have put “rapid responses” in place for victims of deportation. 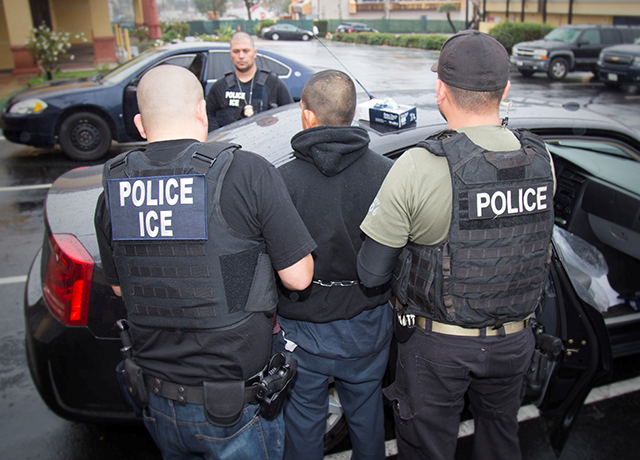 “We’re using social media and we’re making sure to show up to places where this is happening and where there will be legal proceedings for the abducted people,” he said. “For instance, if someone was taken, we’d say ‘Hey, make sure to show up to this event and make … a lot of noise.’”

Chhuon, the U of M professor, has long been involved in protests that were aimed at shedding light on the Cambodian-American community, some of whom face deportation. But the recent nationwide raids and the new plan to expatriate millions of undocumented residents, he said, have further accentuated the community’s fear.

Henry Jiménez, executive director of Minnesota Council on Latino Affairs, said the president’s rhetoric and actions paint immigrant communities in a criminal light, despite the fact that they have revived abandoned neighborhoods across the nation and make up a significant portion of the country’s workforce.

“The narrative at the national level seems to be persistent even here at the state level,” Jiménez said. “It’s important for us to keep this narrative positive. But when you have executive actions like this, it makes it more difficult to have conversations about the positive impacts that immigrants have on the state of Minnesota.”