The preschoolers at the St. Paul-based Kids Garden Day Care rose from their seats and rushed to embrace Mohamed Gelle when he stepped into their classroom on Thursday.

They jumped up and down, laughed and shouted, “We miss you!”

Then Gelle looked each one of them in the eye and asked how their day was.

“Good,” they replied as they rushed back to their seats.

Gelle founded Kids Garden in 2010, and today it has more than 300 children ages six months to 12 years old — kids whose parents immigrated from Somalia, Ethiopia, Nigeria and Cameroon.

Child care has become a popular business among Somali-Americans in Minnesota. A little over a decade ago, there were barely any such facilities owned by Somalis. Today, there are nearly 90 Somali-owned registered day care centers operate across the state.

In recent years, however, many of those centers have come under intense scrutiny. Several places in the Twin Cities metro area have closed after federal agencies raided them as part of a criminal fraud investigations. And many Somali day care owners now say their businesses have suffered from a negative image — even among the state’s Somali-American community.

In response, a group of 76 Somali-American day care owners recently banded together to form The Minnesota Minority Childcare Association (MMCA), which is aimed at fighting misconceptions about their businesses, improving child care centers and educating owners about regulatory and compliance issues.

“A lot of the Somali centers haven’t learned about all the rules and regulations that all the centers are supposed to have,” said Gelle, who’s also a vice-chair of the association. “This is one of the ways that they can get together and share what needs to happen at the centers.”

The formation of the association came after state and federal authorities accused several Somali-owned day care businesses of overbilling the state and its Child Care Assistance Program, which helps low-income families pay for child care.

In 2016, for example, Abdirizak Ahmed Gayre of Minneapolis and Ibrahim Awgab Osman of New Hope were charged with billing the state more than $1 million for work their day care centers didn’t actually do, according a Hennepin County complaint.

Several similar cases were also reported in 2015, 2016 and 2017 — incidents that members of MMCA say cast a shadow over all Somali-owned centers. “Not all owners are corrupt,” said Isaak Geedi, chairman of the association and owner of the Bloomington-based We Care Child Care. “The majority of them are actually hard-working individuals that are making ends meet.” 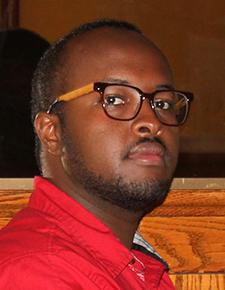 To address the problem, Geedi, Gelle and other owners realized they had to come together, organize and engage with the state’s Department of Human Services, which administers the Child Care Assistance Program. “The DHS has had a negative perception about Somali childcare centers,” said Geedi.

In the group’s discussions with DHS, Geedi said, the department has expressed concerns about the fraud cases, but also with some of the ways Somali-run day care businesses recruited and retained their clients: hiring parents to work at the same day cares their children attend.

The MMCA has worked to address DHS’ concerns, but the main reason it was created was to educate day care owners about regulatory compliance to improve the educational program offered at the centers. “We don’t tolerate fraud,” Geedi said. “If we hear somebody is doing something wrong, we want to reach out to them and make sure they get educated. If they continue, we’ll expel them from the association and take a legal stand against them.”

In the last legislative session, MMCA also started a new effort to collaborate with DHS to help Somali-owned day care centers, and the association even hired a lobbyist, Mustafa Jumale, who has been serving as a liaison between the centers and the Legislature. “Members of the association are recognized by the legislators,” said Jumale. “They call us; they text us. We have a seat at the table, which we didn’t have before. And I think that’s the brilliance of the Minnesota Minority Childcare Association.”