Suud Olat, a vocal advocate for refugees in St. Cloud, and other opponents of the ban say they’re disappointed that the Court has given new life to the controversial order, which has come under serious legal scrutiny since it was unveiled in January.

“When it was created six months ago, it didn’t make sense to several federal judges in different states,” Olat said of the executive order, which calls for a 90-day visa ban on travelers from six Muslim-majority counties and a 120-day suspension of the refugee resettlement program. “The revised version of the order and the new decision from the Supreme Court still don’t make any sense.”

One part of the justices ruling on the executive order that didn’t make sense to the Somalia-born former refugee is the decision to permit entry of only “foreign nationals who have a credible claim of a bona fide relationship with a person or entity in the United States.”

In other words, travelers from Somalia, Iran, Yemen, Libya, Sudan and Syria can only be allowed entry to the U.S. if they have family members living in the country or are accepted to study at U.S. universities or are admitted to work for U.S.-based companies.

Refugees and immigrants who may not have such connections to the United States are out of luck, according to the Court, at least until the government develops an “extreme vetting” process.

Many refugees in Minnesota went through years-long vetting process. It took Olat more than six years to get through the vetting process before he was admitted to the United States — a system that included multiple interviews, background checks, a health screening and orientation.

In 2012, the United Nations High Commissioner for Refugees (UNHCR) eventually brought him to the U.S. He was among thousands of people with no immediate relatives in the country. “I would have been considered people outside of the ‘bona fide’ relationship category,” he said. “I had no family in the U.S. The refugee resettlement agencies took care of me in my first few months in the country.”

By saying that only those with family, education or employment connections in the United States, Olat noted, the Trump administration and the Supreme Court are leaving behind some of the most vulnerable refugees: minor children who have lost their parents to persecution or violence or social activists who are targeted by terrorist groups.

Olat, who keeps in contact with friends and distant family members in the refugee camp, said he knows many people who have either concluded the vetting process or are still going through it.

“The people who will pay a heavy price are the ones who don’t have relatives or other ties to this country,” he said. “If you have a family member here, you at least have something to fall back to. But imagine the 4-year-old girl in Syria or Dadaab who lost her parents — and doesn’t know anybody in the U.S. Where would she go?”

Like Olat, Abdi Daisane, a former St. Cloud City Council candidate, came to the U.S. not knowing anyone through the UNHCR program, after a three-year vetting process in Kenya.

He said that he left behind people he knows well who have been in the vetting process for six, seven and even 10 years. On top of that, they have been living in the refugee camps for 25 years or more. “Most of these people don’t have people they’re related to in the U.S,” Daisane said. “They mostly come here without the help of anybody, except for the institutions that help them resettle in the country.” 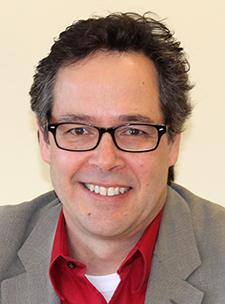 John Keller, executive director of the Immigrant Law Center of Minnesota, said there’s a lot of confusion around the “bona fide relationship” provision.

“This is kind of a brand new term that they came up with,” he said. “It’s not clear exactly what that means, but I’m expecting that the U.S. Department of State most likely will be issuing more guidance on what that means.”

With the plan taking effect on Thursday, Keller said concerned immigrants and refugees are seeking out the organization, which has established free help-line hours — on Tuesday from 10 a.m.-3 p.m. and Thursday from 6-8 p.m. — where clients can have access to immigration lawyers to help answer their questions.

Jane Graupman, executive director of the International Institute of Minnesota, said because there’s not a clear definition of a “bona fide relationship,” she’s concerned about some refugee families that her organization is scheduled to resettle this week.