When Hmong refugees began arriving in Minnesota from Laos more than four decades ago, there were few Hmong churches in the Twin Cities.

In fact, the small group of worshippers — who had left their traditional animistic beliefs and practices for Christianity while in Laos — often struggled to find a place where they could pray in their native tongue.

Over the past 40 years, however, those churches have come to serve a growing number worshipers from the community, including many would not freely worship in their native Southeast Asian country for fear of persecution.

The Hmong people have long practiced animism, the belief that all objects and creatures possess distinct spirits. In recent decades, though, many Hmong in Minnesota have converted to Christianity, which is a small minority religion in Laos.

As the number of Hmong Christians has increased, so has the number of churches. As Pastor William Siong of Good Samaritan Lutheran Church recalls, when he came to the country in 1988, there was a small handful of Hmong churches in the Twin Cities. Today, that number exceeds 30 churches, most of which are of the Christian and Missionary Alliance, Baptist and Lutheran denominations.

Siong is among the thousands of Hmong-Americans who found Christianity in Minnesota. When he was baptized in 1991, he decided to serve his community, which then only had a few Hmong pastors and priests. In 2010, Siong launched the Good Samaritan Lutheran Church with five members. Today, the north St. Paul church has more than 150 Hmong-American members.

Siong is not alone in seeing such growth. “We see people buying new buildings, rebuilding and making them bigger,” said Vu, the lead pastor at Christ Community Church.

“We’re one of a few churches that actually preach in Hmong,” said Vu, who opened his St. Paul church in 2010. “If you go to other churches, you’ll find out that the Hmong pastors there preach in English.”

The language shift is happening mainly due to the preferences of second- and third-generation Hmong-Americans, who were born in the U.S. or came here as infants. This generation, said Vu and Siong, wants English-language services.

The older generation Hmong-Americans, on the other hand, wants pastors to conduct the service in Hmong, as it’s often the only language they’re comfortable with.

That divide isn’t only about language; it’s also cultural. Back in Laos, said St. Paul-based Hmong Cultural Center Executive Director Txongpao Lee, parents used to pass on the culture and traditions to their children as the two generations worked together side-by-side at home or in the field. “When I was a young boy in Laos,” Lee said, “I used to be with my parents all the time, helping them fetch water and wood from the jungle. I learned everything about the culture through working with them.”

Today, however, that isn’t the case for most Hmong-American kids growing up in America. They spend their time like many American kids: in school, with their friends or watching television, where they learn more about American culture and values than about Hmong traditions. 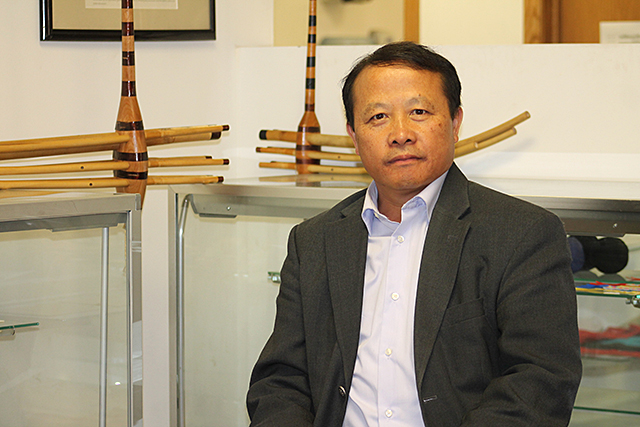 MinnPost photo by Ibrahim Hirsi
Hmong Cultural Center Executive Director Txongpao Lee: “I learned everything about the culture through working with [my parents].”

That often creates a cultural clash between the younger and older members of the Hmong community, said Siong, clashes that often come to the surface during important community events like weddings and funerals. “Like other communities, these are two big events in our community,” he said. “When it comes to funerals, older people want them to go on three, four days,” while younger people often don’t, he said.

Siong and Vu have had increasingly made bridging those divides a focus of their jobs. “Change is very hard for our people and most of those who immigrated to this country,” Siong said. “Elders always say, ‘This is what we used to do and we should keep it that way.’”

But Siong said that has been encouraging the elders to take “the good” from the American culture, to value the ideas of their children and to re-evaluate their older traditions if they create conflict in the family.

When speaking to the younger generation, Siong said, he reminds them of their roots and encourages them to “respect and listen” to the older generation. “I tell them, ‘You’ll also be Hmong no matter how fine of English you speak. Let’s be who we are and be satisfied with what we have.’”

At the Christ Community Church, Teng Vu and his wife, Nhia, have been involved in similar efforts to promote understanding and find ways to bridge the cultural gap between the two generations.

One way the couple is tackling the issues is by educating the young people about the unannounced expectations of their parents and grandparents. That means, Teng said, older people often assume that the youngsters to know their Hmong culture without formally teaching them. “But with millennials in this country,” he added, “you have to tell them what you want them to know.”

So, he and Nhia are teaching the older church-goers through sermons about mentoring the younger generation and teaching them about the culture, while also accentuating the importance of giving younger people a voice in the family decision-making process.

“We try to help older people to understand to value younger people,” Nhia said. “At the same time, we tell the younger people that we still need the older generation because they have important life experiences that we don’t know about.”