How did nail salons, and the fine art of giving pedicures and manicures, become one of the main industries of Vietnamese-Americans in the Twin Cities and beyond? Here’s An Nguyen, nail technician at the two-year-old V-Stars Nails salon in South Minneapolis, with the origins:

“Long time ago after the [Vietnam] war, people come here and they don’t have a job or know how to make money, so I think like American white lady teach Vietnamese people to do the nails and to find a job and make money,” said Nguyen between clients last week. “After that, they opened a nail salon and their relatives came here and they teach them to do nails and now a lot of Vietnamese do nails. I think that woman was an actress. I’m not sure if it’s right or wrong, but a lot of people told me that she did it.”

In fact, that actress is New Ulm, Minnesota, native and Minneapolis-reared Tippi Hedren, star of Alfred Hitchcock’s 1963 horror classic “The Birds” and many other films, now a memoirist and president of The Roar Foundation Shambala Preserve in Acton, California.

As a result of her work with the Weimar Hope Village refugee camp near Sacramento in 1975, Hedren has been called “the godmother of the nail industry,” is the subject of the award-winning documentary “Happy Hands” and a focal point of the forthcoming doc “Nailed It.”

In the Twin Cities, a visit to any one of the regularly bustling Vietnamese-owned salons is to bear witness to Hedren’s 42-year-old vision come to life: Hands-on, hard-working Vietnamese women and men wielding emory boards and bottles of polish, laser-focused on tending to their customer’s feet and hands.

“Isn’t that awesome? I have been so thrilled with what has happened with that situation,” said Hedren last week by phone from her home in Los Angeles. “I think it helped a lot of people, and if I’m the catalyst for it, I’m all for it. I’m thrilled and honored.”

Mass Vietnamese immigration to the U.S. began in 1975 with the fall of Saigon at the end of the Vietnam War (often referred to as “The American War” by Vietnamese). Today, with a population of 26,000 Vietnamese-Americans, Minnesota boasts the 13th largest Vietnamese population in the nation, most of whom are located in the Twin Cities and Blaine.

For many of these first- and second-generation immigrants, nail salon work makes for a good livelihood, thanks in no small part to Hedren’s humanitarian work.

“I had become involved with the Vietnamese women through an organization called Food for the Hungry,” she explained. “We tried to help people from all over the world. I traveled all over the world with them and for them to make people’s lives better. 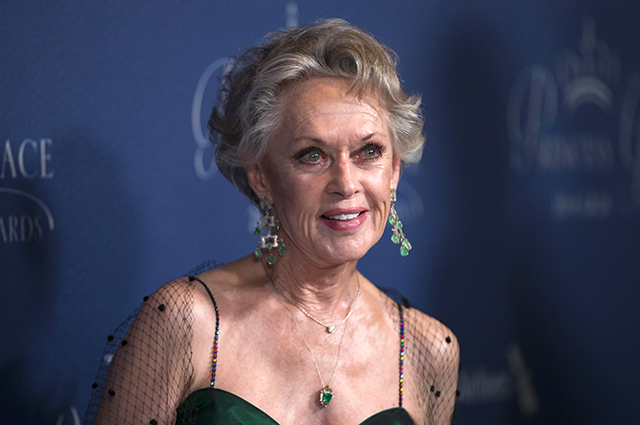 REUTERS/Mario Anzuoni
Tippi Hedren: “It was amazing how this helped so many women. It really was phenomenal.”

“It turned into being a very wonderful thing for me, and the programs they had helped so many people, it was just amazing. When Vietnam fell, and all these Vietnamese people came into the country, Food for the Hungry took in a lot of the Vietnamese refugees as our wards, and we tried to find homes, we tried to find jobs, we tried to find everything for them. I became involved with a group of women and we were trying to find jobs for them and help them in any way that we could and I noticed that they were very, very good with their hands. And I thought, ‘Wow, you know, they could learn to do the Juliette manicure,’ which is a more complicated manicure than just putting the polish on and off you go.”

One of the women, Thuan Le, fled Vietnam with her family the day before Saigon fell. She landed at Hope Village and met Hedren. “Tippi worried about our future and wanted us to be independent in America,” Le told Nails magazine. “She had a sewing class and typing class, but I didn’t belong in either. We admired her beautiful fingernails, and when I looked in her eyes and saw her beautiful smile, I didn’t know it but she had another profession for us at that moment. That was a manicuring class.”

“They kept talking about how pretty my nails were, so that’s what gave me the idea,” said Hedren. “I had my own manicurist come see this group of women I was working with, and we talked about this, and all of the girls became so excited about it, and about how this could be a good job for them because we talked about the fact that this could be a huge, very financially lucrative business. We started with 60 or 70 women, and by the time they all figured out if they really did want to do this, it boiled down to about 35 or 40. But they all learned how to do this Juliette manicure, and of course then the most recent forms of manicuring came in.

“But it was amazing how this helped so many women. It really was phenomenal, actually. When the Vietnamese women were coming into the United States, word travels very, very quickly with a situation like what happened in Vietnam, and they’re a very close-knit group of people and they have a miraculous way of staying in touch with each other, and of course everybody was so excited about the fact that they could make this much money and that it was sort of a glamorous job. It was just a major success.”

And how. While abuses in the nail industry have come to light in recent years, the Vietnamese, like all of Minnesota’s immigrant populations before and after them, are carving out an entrepreneurial niche as they seek prosperity and occupations for current and future generations.

“One of the reasons for [first generation Vietnamese immigrants gravitated to] nail salons is that it is work you can do and not know too much English,” said Nguyen at V-Stars Nails. “I have three more sisters and one brother who work at nail salons in Bloomington. I like it here better.”

“The nail industry has changed fundamentally under the influence and cultural practices of Vietnamese nail professionals. The Vietnamese salon community is largely responsible for the drop in service prices and the erosion of the middle-class nail salon, but it also opened up nail care to a whole new market and brought in clients who had never taken an emery board to their nails, let alone sat down for a professional manicure.” 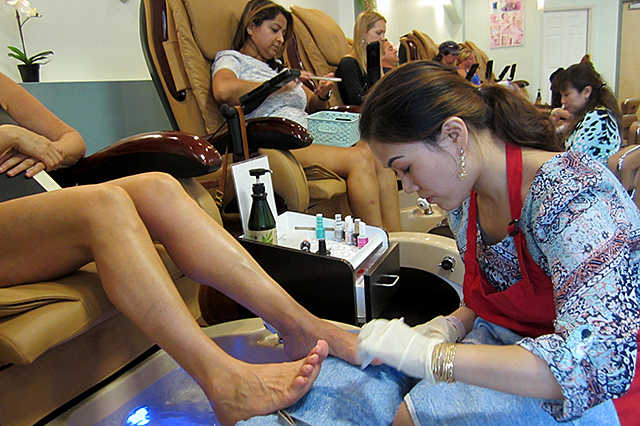 MinnPost photo by Jim Walsh
In the Twin Cities, a visit to any one of the regularly bustling Vietnamese-owned salons is to bear witness to Hedren’s 42-year-old vision come to life.

In Minnesota, a 2012 report finds 3,437 working technicians and 700 nail salons based here. With the Vietnamese, Hmong, and other Asian groups making up the fastest-growing ethnic group in Minnesota, it stands to reason that the work of Hedren and her initial crew of nail students will remain a lasting legacy.

“I still stay in touch with these women, which is really nice,” said the 87-year-old Hedren. “It’s lovely. I’m proud of that part of my life.”

She spoke briefly and wistfully of her youth in Minnesota, of growing up on Morningside Drive in Edina and attending the old Minneapolis West High School, and about the day she left on the train from Minneapolis for California and, ultimately, movie stardom and worldwide fame.

Her main impact on her former home state can be seen at nail salons everywhere in Minnesota, from Frogtown to Edina, including V-Stars Nails, whose owner Van Tran inadvertently paid tribute to Hedren in the naming of her salon.