Of all the work Arria Giulan has done for the Heritage Organization of Romanian Americans in Minnesota over the last six years, she’s most proud of the role she’s played in helping produce the documentaries that feature the life experiences of the state’s Romanian immigrants.

Since its inception in 2009, HORA has made its central mission to preserve and share the history, culture and contributions of the little-known Romanian-American community.

Three years ago, the nonprofit organization released its first documentary — “A Thousand Dollars and Back” — chronicling the stories of the first wave Romanian immigrants who came to Minnesota in the 1900s and established a community in St. Paul and South St. Paul.

On Sunday, HORA will premiere at the American Swedish Institute in Minneapolis another documentary — “Through the Iron Curtain – From Romania” — featuring the journey of Romanian immigrants, who escaped the oppressive Communist regime following the World War II.

In the coming years, Giulan hopes HORA will produce another film about the latest — and largest — wave of Romanian immigrants, who came to Minnesota in the early 1990s, when the Soviet Union collapsed, in search of economic opportunities.

“These documentaries are really HORA’s gift to many generations to come,” said Giulan, who serves on the organization’s board of directors. “It’s documenting who we are for our children and grandchildren.”

The first wave of Romanian immigrants arrived in Minnesota a century ago with a plan: to make exactly $1,000 and then go back to buy properties in their homeland.

In the end, however, few followed through on that plan. The rest ended up settling in the Twin Cities metro area, and especially in St. Paul and South St. Paul — then a destination for unskilled immigrants seeking job opportunities in the meatpacking and railroad industries.

Eventually, many members of the community managed to purchase homes, build churches and start small businesses.

Meanwhile, some immigrants sent letters to the family members and friends they left behind in Romania, telling them about the employment opportunities they’d enjoyed in Minnesota and encouraging them to leave their homeland.

Other Romanians who also held industrial jobs in Chicago, Cleveland and Detroit made their way to St. Paul and South St. Paul — mostly through word of mouth and family connections. 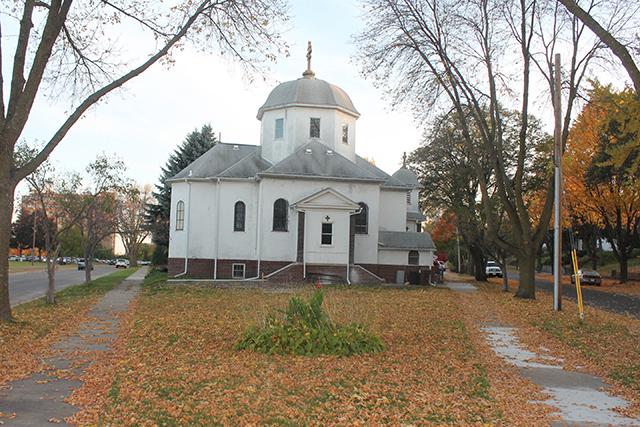 But some decades later, as the number Romanian-Americans grew faster and their religious affiliations diversified, people came to realized that the two churches could no longer represent a social hub for all Romanians, said Bogdan Filipescu, a Romanian-American who’s employed with Washington County.

“A lot of Romanians belong to other Christian denominations,” Filipescu said. “Some of them even belong to Judaism.”

The birth of HORA

In the 1990s, as a result of the collapse of the Soviet Union that led to economic crisis and political turmoil in the region, the largest wave of Romanian immigrants arrived the United States — and many of them ended up in Minnesota — in search of jobs.

“They brought with them their language and culture,” Filipescu said, “and they wanted to make that known to anybody in Minnesota.”

Then, eight years ago, a group of immigrants from the latest wave of Romanians came together and created HORA — to preserve, promote and share the Romanian history and culture.

“I think every Romanian thinks HORA is very important, not just because it’s something that we can relate to,” said Romell Alaman, an automation engineer who arrived in the U.S. 10 years ago. “It reflects, in a very deep way, our true status as Romanians in the United States.” 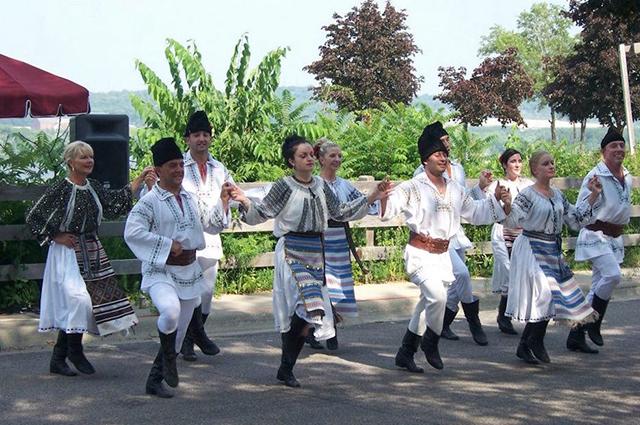 Courtesy of HORA
Romanian dancers perform at a cultural festival in Minnesota.

Over the years, Giulan said, not only has HORA engaged the estimated 5,000 Romanian-Americans in the Twin Cities area and others across the country but also their counterparts in Romania and Canada.

The resources at HORA aren’t only for Romanian-Americans, Giulan said. Anyone interested in learning the Romanian culture, language and history can participate in the classes the organization offers or attend the events it organizes.

Last year, Alaman took his U.S.-born 7- and 4-year-old children to a Christmas party HORA organized. As Romanian folk dancers performed, Alaman told the kids, “Look, this is who we are. This is our culture and tradition — and it’s part of you as well.”

On Sunday, following the screening of the “Through the Iron Curtain – From Romania” documentary, there will be a panel discussion and an award ceremony, honoring U.S. Sen. Amy Klobuchar and other “Friends of Romania.”

“HORA is all about sharing with others some of our cultures, values and traditions,” Giulan said. “It’s about making sure that people have an opportunity to learn something about Romania.”

“Through the Iron Curtain – From Romania” premiers on Sunday, Oct. 22, from 4-7 p.m., at the American Swedish Institute in Minneapolis. Tickets are available online and in-person at the event for $20. A panel discussion, moderated by former WCCO TV Anchor Don Shelby, will follow.

Telling the story of Minnesota’s Romanian community, one documentary at a time