Throughout the decades Sunny Chanthanouvong has served his Lao community in Minnesota, he wanted to solve one widespread problem that has had crippling financial and social effects on many Lao-Americans: obsessive gambling.

“Gambling is in our blood,” he said. “We gamble at casinos. Homes. Temples. Wedding parties. Graduation parties. Think of any social gathering, and people are gambling there as well.”

As the executive director of the north Minneapolis-based Lao Assistance Center of Minnesota, Chanthanouvong has worked with people who lost their savings, jobs and children as a result of their addiction to gambling.

Those who succumbed to the addiction, said Chanthanouvong, included his relatives and close friends, who have lost young children to the child protection services after leaving them home alone for gambling.

Over the years, Chanthanouvong has been working with state agencies, nonprofit organizations and educational institutions to secure funding and create a plan to help raise awareness about the excessive gambling that has taken root in the Lao-American community.

That effort recently led to a research initiative, funded by Northstar Problem Gambling Alliance (NPGA) and the Minnesota Department of Human Services. The program examines gambling addiction in the community and provides support services to affected individuals and their family.

“There have been some studies with the state of Minnesota that have led to community listening sessions,” said Serena King, associate professor of psychology at Hamline University, who spearheads the project. “The sessions suggest that there are a lot of people engaged in high-risk gambling behaviors.”

In the Lao culture — like others in the Southeast Asian communities — gambling is a centuries-old practice, and they brought it with them when they came to the U.S. decades ago. Today, gambling is a big part of community gatherings, including funeral events, workshop places and community festivals.

“It’s a social activity for them,” King said. “Built in the fabric of the Lao community and many Southeast Asian refugee communities is this concept of luck. Luck drives a lot of behaviors in that community.” 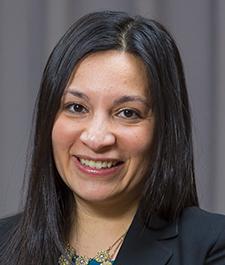 Some of the most common forms of gambling in the Laos community are lottery, casinos and sports betting. Others bet on video games, pool and bowling as they compete with one another.

As it is everywhere, gambling in the Lao community is a way to socialize with friends and family; for some, it helps escape life’s trials and tribulations; and for many, it provides an opportunity to improve their financial situation.

“A lot of people in the community are poor and uneducated,” said Chanthanouvong. “That’s why a lot of people want a shortcut to make money. There are a lot of issues, but nobody has spoken up and talked about it yet.”

There is little concrete data on the extent of gambling in Minnesota’s Lao community. But a 2009 roundtable discussion with members of the Southeast Asian community, organized by the Northstar Problem Gambling Alliance, revealed that it is prevalent. “Casinos are attractive places where they feel welcome, even if they do not speak English,” a synopsis of the discussion said in a report. “[They] offer inexpensive food and the opportunity to be winners; advertise and promote gaming in Southeast Asian communities.”

Chanthanouvong agreed with that observation. When he visited casinos over the years to observe the experience of Lao-American gamblers, he said the companies cater to them as they send buses to take them from their neighborhoods to casinos. “They even have Vietnamese food,” he added.

Most Lao-American gamblers, Chanthanouvong said, are already struggling to make ends meet. Yet some of them are spending money that should have gone toward food, housing and other basic necessities.

That kind of gambling, said Chanthanouvong, may have contributed to the increase in the divorce rate in the Lao-Americans as well as other Southeast Asian communities, including the Hmong, Cambodians and Vietnamese.

Over the years, Chanthanouvong has worked on several cases: One involved two parents who lost custody of their young children because they left them home, unattended, for gambling.

“The children went out, asking people, ‘Where’s dad? Where’s mom?’ ” he said. “The neighbors called the police, and the police took them away.” Chanthanouvong also shared stories of other Lao-Americans who were involved in domestic violence, abuse and divorce — all of which were the result of gambling.

Launched in September, the research project is aimed at helping leaders and state officials understand the number of gamblers in the Lao community, cultural attitudes surrounding the practice, and the link between substance use and gambling.

“We’re in phase one, where we built the survey and the research design, and we’re about ready to launch our research study at the Lao Assistance Center,” King said. “I have had multiple meetings with the staff there.”

The next phase will focus on training workers at the center on identifying gambling issues and educating members of the community about the difference between “responsible gambling” and “problem gambling.”

In other words, the program isn’t trying to completely eliminate gambling, which is also common among other Americans; instead, it’s meant to raise awareness about the harmful effects of gambling and to develop gambling interventions.

If the intervention model works, said NPGA executive director Cathie Perrault, it would also be used for other ethnic communities whose cultural difference makes it harder for them to adopt the support systems that are currently in place for native-born Americans.

While Chanthanouvong says a single research project isn’t enough to address an issue that’s deeply rooted in his community, he’s optimistic that the outcome of the project will make some strides in the campaign against excessive gambling.

“We’re excited about this project,” he said. “My hope is to help the community understand that too much gambling is bad for their health and families. I’m not against gambling, but I just would like to have people thinking about the negative side of gambling.”