David Gaither might be the only prominent Republican leader in Minnesota who’s advocating for legal immigration and helping new immigrants and refugees find their feet.

For a decade now, the former state senator and Gov. Tim Pawlenty’s chief of staff has been leading the Minneapolis-based International Education Center (IEC), which provides adult newcomers in the Twin Cities with language classes and skills necessary for the workforce.

Representing more than 70 countries, the students learn English as well as how to read the bus schedule, apply for jobs and help their children become successful in school. They’re classes, as Gaither notes, tailored to help participants become “independent and productive members” of society.

As some of his Republican counterparts propose cutting the number of legal immigrants, banning refugees from certain countries and increasing border security efforts, Gaither spends most of his days trying to secure funding or expanding opportunities for the nearly 1,000 immigrant students IEC serves each year.

“Regardless of the political affiliations,” he said, “Minnesotans have two basic challenges with immigration: They don’t want to press 1 for English and they don’t want to have people on government assistance programs. My school and the organization I work with address both issues strongly.”

IEC was established in 1991 — when Minnesota saw large influxes of immigrants and refugees escaping violence and economic turmoil in Africa, Southeast Asia and Mexico — as a nonprofit organization aimed at providing foreign-born residents with English classes.

A few years later, IEC saw an unexpected increase in the numbers of the student population, prompting the nonprofit to become one of several adult basic education programs the state funds through its K-12 budget.

The main reason the school was formed, Gaither said, was because the public schools in the Twin Cities were “ill-equipped and ill-prepared” to handle the influx of adult immigrants and refugees. “So our school was formed to address a demand that’s been unmet,” he added. “And also I think there’s a moral responsibility to help people that are new arrivals in your country.”

IEC has a diverse student population, with nearly 50 percent being black, 30 percent Latino, 10 percent Asian and 10 percent white. And while most of the students are  between 25 and 44 years old, the school has students ranging in age from 18 to 80.

‘We teach people to be selfish’

There are dozens of nonprofit organizations that offer general services to new immigrants and refugees in Minnesota. Many of them, for example, provide their clients with health, legal and housing services.

IEC, however, is focused on helping its students become independent in the first few months or years in Minnesota — by giving them the skills and tools necessary to lead independent and productive lives. 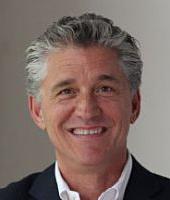 “We teach people to be selfish,” Gaither noted. “We let them know that they have to take care of themselves first before they can take care of others. We talk about it and we teach that it’s OK to … focus on your goals and your ambitions and do the things that you wish to do.”

He added that opening up the door to immigrants — and helping them become self-sufficient — is good for the state and for the labor force, which in recent years has been shrinking as the baby boomer generation continues to retire.

“We have a job market in the Twin Cities area that does not have enough trained and skilled workers,” Gaither said. “We can’t [find those workers] organically; we have to do it through immigration. It’s very consistent with my values as a free market economy.”

Conversely, other Republican leaders in the state have been using anti-immigration rhetoric that’s much like that of President Donald Trump. Minnesota gubernatorial candidate Jeff Johnson, for instance, proposed last year a temporary halt on refugees “until sufficient and accurate answers are given on how many refugees are being settled here … and what the actual cost is to taxpayers.”

In any case, Faisal Deri, a Somalia-born Republican who unsuccessfully ran for a school board seat in Edina, has been taking note of Gaither’s work and saw the fruit his efforts have borne.

For example, Deri said, he met with a couple of students at IEC who didn’t speak a word of English when they first arrived in Minnesota. In a few months, however, they had jobs and were taking courses at local colleges.

“David is a sample of a new phenomenon that’s emerging,” Deri added. “That phenomenon is: How do we empower immigrants? How do we make sure they’re not a burden to the state, county or the federal government? How can they be contributing members our society?”