On a recent Friday evening, over a dozen young immigrant players from Ethiopia, Mexico and Somalia showed up in various European soccer jerseys at the East Phillips Park in Minneapolis.

All of them wanted to play, but the soccer field could only hold 12 people at once. So they divided themselves into three teams — with two groups playing against each other, and the third one waiting outside to replace whichever team lost first.

They had no coach to supervise them and no referee to enforce the rules of the game. Instead, the players assigned their own positions and called their own fouls. The system seemed to work well until a goalie, who asked to play forward, was left with two options: leave the field or remain a goalkeeper. (He chose the latter.)

Though each player wore a random jersey, which made it difficult to differentiate between the teams, it was easy to spot Yimer Woldeyes, an Ethiopian-born teenager who dominated the midfield with his speed, near-perfect ball control and masterful passes.

Even with such skills, though, Woldeyes — like many of his immigrant and refugee friends — has never really imagined playing in professional leagues in Minnesota. That isn’t because he doesn’t want to play competitively; it’s because he knows that getting there requires a lot more money than he has available.

“To play for a big team, you have to go through a lot of training,” said Woldeyes, a junior at Minneapolis South High School. “You have to have a good coach. You have to be in a good club. But these things are too expensive. It’s like $2,000 a year. We can’t afford that.”

Woldeyes is among thousands of young immigrant and refugee players who came to the U.S. with some soccer skills that could put them on a path to a professional soccer career.

Sometimes, these youngsters develop an interest in making a living as soccer players after their arrival in the U.S. For example, when Aweis Hassan, a Somali immigrant who was also at the East Phillips soccer field on Friday, came here in 2013, he learned for the first time that some people make a career as soccer players in America.

“I heard that you get money for playing soccer,” said Hassan, a senior at South High. “I didn’t even know you could do that.”

During most of his time here, Hassan has been involved in soccer activities. Like Woldeyes, he plays for the school’s soccer team and he shows up to the East Phillips field every day for practice.

But none of these activities provides him and his friends with the formal training they need to be physically and mentally prepared for competitive youth leagues — which is the reason Hassan and Woldeyes think they will never make it in professional soccer.

Indeed, former head coach of the Minnesota Thunder, Buzz Lagos, knows too well the experience Hassan and Woldeyes describe. Between 2005 and 2015, Lagos served as the soccer coach of St. Paul’s Higher Ground Academy, where he trained hundreds of East African immigrant and refugee students. “They had good soccer experience in Africa,” he said. “So it was a nice way to work with them and get them better and better through some coaching. We developed some very good teams.”

But Lagos also encountered a number of challenges while training the students. First, the students were from low-income families who couldn’t afford the fees to maintain a strong soccer club. Second, he had to provide the transportation to get students to and from games because their parents weren’t able to do so. 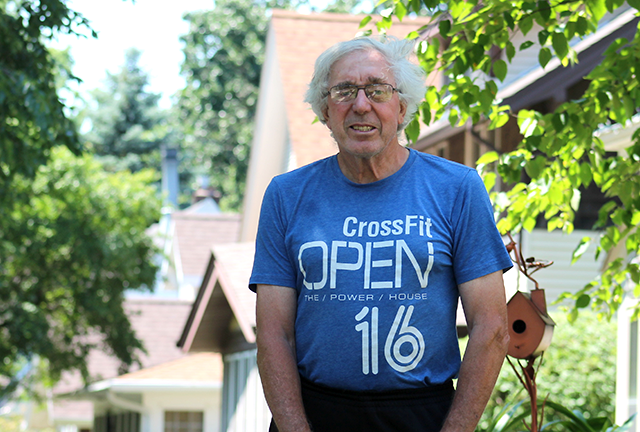 MinnPost photo by Ibrahim Hirsi
Between 2005 and 2015, Buzz Lagos served as the soccer coach of St. Paul’s Higher Ground Academy, where he trained hundreds of East African immigrant and refugee students.

For affluent American families whose children participate in formal soccer clubs, he said, the experience is much different. The parents usually pay an annual fee of $4,000-$6,000 a year for each child and provide transportation and other needed services to the teams.

In return, their children receive advanced training and a chance to play in major tournaments across the nation. This advantage could help them gain the attention of professional soccer club managers who are recruiting players for their teams — a chance that Woldeyes can never find at the East Phillips soccer field.

While expensive coaching costs cut short many immigrants’ dreams of playing in professional soccer leagues, it hasn’t taken away their passion for the sport. In fact, each day during the summer, hundreds of immigrants and refugees pack soccer fields throughout the Twin Cities metro area.

In the last two decades — when Minnesota started to see an increase in the number of African, Asian and Latino immigrants and refugees — private companies, public agencies and nonprofit organizations have set up dozens of new soccer fields in Minneapolis and St. Paul.

The Minneapolis Park and Recreation Board, for example, owns eight synthetic turf fields, seven of which were constructed in the last 10 years. They include half-sized fields for young players and full-sized ones for adults.

These soccer fields, as well as those at Augsburg University and the University of St. Thomas, have become hubs for Ethiopian, Somali, Hmong and Latino immigrants, who hold tournaments for their communities.

On Sunday, female players from Mexico, Ecuador and Somalia competed in the tournament of the Fútbol Mundial league, which is among dozens of similar leagues organized for ethnic communities across the state.

“A lot of people really need this,” said Moises Hernandez, owner of the league. “They can’t participate in major clubs because they’re expensive. But this gives them the space to do what they like to do.” 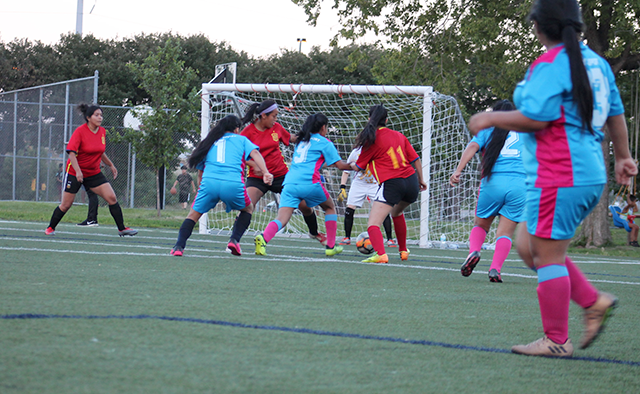 MinnPost photo by Ibrahim Hirsi
On Sunday, female players from Mexico, Ecuador and Somalia competed in the tournament of the Fútbol Mundial league.

This same reason also brought Woldeyes and others to the East Phillips Park field that Friday evening. Since a competitive game in the Fútbol Mundial tournament was approaching, they wanted to be prepared.

On the field, Woldeyes is well respected, mainly because of his soccer skills, which have been the culmination of years-long persistence practice and endless passion for the sport. At age 7, he started learning to play soccer from his older brother in Ethiopia.

Since he arrived in the U.S. three years ago, Woldeyes has been trying to make a career as a professional soccer player in Minnesota. Though Woldeyes doubts he will ever see his dreams become a reality, he continues to show up to the field on a daily basis and sharpen his skills.

“We have the talent,” he said speaking of his fate in the soccer profession, “but we just don’t have the chance to make it big because we don’t have money.”

For Minnesota immigrants with dreams of playing pro soccer, club fees are a major hurdle