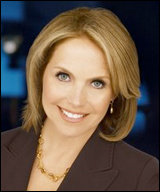 What a week for the University of Minnesota’s Twin Cities campus. Karl Rove addressed a Republican student group on Thursday, and it turns out that a British candidate for prime minister named Nicholas Clegg attended the U for a year.

Even though the University of Minnesota is struggling with cutbacks in state appropriations for higher education, the Alumni Association’s new CEO says there’s still plenty to cheer at this year’s event.

Of course, that’s Phil Esten’s job. So, what are you doing Saturday night? Esten has a pitch for you.

About 2,300 tickets have been sold to the dinner and program, but there’s room for 1,000 more people at Couric’s speech in Mariucci Arena, says Esten, who became CEO of the 60,000-member group in mid-March. You’re out of luck if you want dinner — those tickets are long gone.

For $20 to $30, you can hear what Couric has to say about “The Power of Resilience,” a reflection on her personal and professional experience. Resilience seems an appropriate topic given the impact of the recession, the state budget deficit, three-day furloughs and whatnot at the university.

Celebration amid challenges
“If you look at what has happened broadly in the past year, there are a lot of things to celebrate despite some of the challenges that the university has faced,” said Esten, former associate athletics director at the U.

Top of his list is last fall’s opening of the TCF Bank Stadium. Esten, who received his Ph.D. in kinesiology from the U in 2003, served as the athletics department’s liaison during the construction project. He ticks off the “tremendous amount of research” conducted at the U’s biological research buildings and elsewhere, and the openings of other new buildings.

“There certainly are a lot of things to celebrate — not to mention the fact that we continue to graduate students at a very high rate and we continue to contribute very greatly to the economy in the state of Minnesota,” said the 37-year-old Esten.

I can see why he got the job at the Alumni Association. I also can see Nicholas Clegg, the rising star in British politics, having a hard time saying no to a future invitation.

This year, however, the association’s agenda includes welcoming its volunteer president-elect, Ertugrul Tuzcu, and saying farewell to President Archie Givens.

“This is a really nice networking opportunity, and when I say that, I mean it in a pure way in that we’ll bring 2,300 … people together that all are really passionate about the University of Minnesota,” Esten said.

Thanks to the efforts of WCCO-TV’s general manager Susan Adams Loyd, an association board member, Couric agreed to address the annual meeting. In lieu of a speaker’s fee, the association will make a contribution to the National Colorectal Cancer Research Alliance, which Couric co-founded.

Over the years, the Alumni Association has been able to attract a number of celebrities. Former U.S. Supreme Court Justice Sandra Day O’Connor’s appearance in 2006 drew more than 3,000 people, the highest attendance in the event’s history, Esten said.

Meanwhile, tickets for Couric’s speech can be purchased online or by calling 612-624-2345.