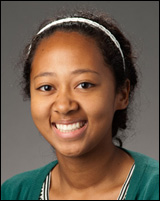 Eighteen-year-old Allie Koram signed up for a first-year student program at University of St. Thomas, figuring it would be a good way to meet people and learn more about campus offerings.

As her year wraps up, Koram thinks she learned a valuable skill in a pilot program called Connect Four: how to listen to and interact respectfully with people when she doesn’t agree with their views.

“You learned how to not get so angry or jump to conclusions so that you hear the person fully and what they’re saying,” says Koram, who hopes to attend medical school after St. Thomas and is already working on her bedside manner. The No. 1 lesson: “You learn to be more open to other people’s ideas. …You don’t know what their background is and why they believe what they believe. It’s important to hear other people out.”

Where do we sign up the rest of society?

In an age of stormy town halls and outraged members of Congress shouting “You lie!” at President Obama and calling a peer “baby killer,” efforts at St. Thomas and elsewhere seem timely.

Besides a co-curricular program for first-year students and a campus lecture series launched this year, the university hopes to permanently weave civil discourse into the existing curriculum and make it a requirement for graduation.

St. Thomas, which has campuses in St. Paul and Minneapolis, also is putting its money where its mouth is. So far, the university has committed $1 million and raised another $200,000 from 15 donors toward the $3.5 million needed to establish an Endowed Chair in Civil Discourse.

At the risk of being swamped with emails and comments from other “civil discourse universities,” I will go only so far as to say this endowed chair might be among the first of its kind. Neither St. Thomas staff nor I were able to unearth an identical endowed chair, although each of us came across a number of civility initiatives across the country.

A cup of coffee, a conversation
The local proposal started percolating over a cup of coffee a couple of years ago, according to Marisa Kelly, dean of St. Thomas’ College of Arts and Sciences and a political scientist (Ph.D., University of Kansas). Kelly, who joined St. Thomas in 2006, has a chair of her own: the McQuinn Distinguished Chair. 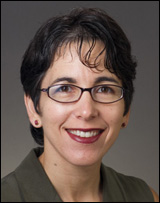 “We were just talking about the state of discourse whenever there was a controversial issue and the seeming unwillingness, in general, in society to engage in a meaningful way with people whose views differ from your own and to really engage with them in a way that could be productive,” Kelly said, recalling her coffee meeting with two members of the college’s advisory board.

At that point, St. Thomas was licking its wounds after two highly publicized incidents involving free speech. In 2005, the university allowed a student group to host conservative columnist and commentator Ann Coulter, who reportedly exchanged expletives with hecklers and was disrespectful to audience members who challenged her.

Two years after the Coulter event, the university president declined to host a 2008 PeaceJam gathering that planned to invite Nobel Laureate and Archbishop Desmond Tutu, setting off a firestorm around the globe. Father Dennis Dease, president, later apologized in a letter to the university but appealed for civility:

“Rather than just move from controversy to controversy, might there be a positive role that this university could play in fostering thoughtful conversation around difficult and highly charged issues?”

Fast-forward to 2010. Dean Kelly is waiting for the faculty senate to sign off on a civil-discourse curriculum plan and actively raising money for the endowed chair, which would be a faculty appointment in the College of Arts and Sciences.

Any free-speech concerns?
Given the university’s local history and the at-times stubborn resistance of the Catholic Church’s hierarchy to opposing views, I asked whether any concerns had been raised about limiting free speech and going against the nation’s historic roots of civil disobedience.

“We’ve been very explicit in saying that while this is really about promoting civil discourse, we recognize fully that there are other kinds of legitimate discourse,” Kelly said. “This isn’t an attempt to say that putting your soapbox on a corner of a park and just speaking at will are inappropriate — those can be very appropriate ways to exercise one’s freedoms.”

So, then, what exactly is civil discourse?

“Civil discourse is more than just the tone of your dialogue,” Kelly says. “Civil discourse has to be constructive in its tone but it also is, in its fullest sense, constructive in its content and in its purpose. True civil discourse is people who are willing to think seriously about the position of those different from their own and to consider arguments in its favor and the data, evidence and conclusions. … Maybe their views are the same at the end of the day but at least there’s a willingness to engage in a meaningful way.”

Instruction in civil discourse tends to show up in classes on philosophy, logic, rhetoric, English, communication and political theory, but St. Thomas hopes to extend it to science classes, another source of conflict in society.

“At St. Olaf, we are trying to teach a certain type of humility and empathy, and we’re trying to convince students by showing them the complexity of our social and political and even our religious commitments that our political life is not one of simply binaries or even simple positions,” said Douglas Casson (Ph.D., Duke University), who teaches political theory at St. Olaf college in Northfield, Minn. “I would say, ‘hooray for endowed chairs,’ but this is really what we all should be doing, and if we’re not doing it, we’re not doing our job in liberal arts colleges and institutions around the country.” 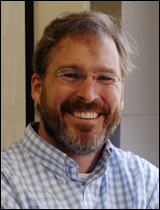 Casson requires students in his classes “to take positions that they disagree with and defend them orally.” They participate in historical simulations, including playing an oligarch in the Athenian assembly.

“What that forces them to do is try to empathize with a political, social, religious position that’s completely foreign to them,” he says. “And my hope is that that also helps us move toward a type of civility … because I think that empathy or imagining yourself in your … opponent’s shoes is the first step toward open political dialogue.”

Seeking civil debate for ‘polarizing issues’
Public universities also are taking action. Last November, the University of South Carolina’s president, for example, announced a commitment to “examining how we can teach our own students to practice civil discourse” and creation of a panel to “recommend how reasoned and civil debate can become the norm for resolving some of society’s most polarizing issues.” Although the president said no single incident prompted the effort, the announcement came two months after a South Carolina law graduate, Rep. Joe Wilson, R-S.C., shouted “You lie!” during Obama’s address to Congress.

Closer to home, St. Catherine University, another Catholic institution in St. Paul, requires students to take The Reflective Woman in their first year and a senior seminar, Global Search for Justice, according to Alan Silva (Ph.D., University of California, Davis), dean of St. Kate’s School of Arts and Sciences.

“While many institutions have a required first-year seminar, St. Kate’s core curriculum also requires a senior-year capstone seminar for students,” Silva says in an email. “GSJ is designed to engage them in ‘the work of’ civil discourse — that is, how one learns to engage in dialogue on controversial issues and topics from a global perspective, and to then apply that work in a social setting.”

Tools for discourse
Two years from now, Kelly of St. Thomas hopes to have appointed the endowed chair, that various campus-wide programs are up and running, and that students possess “very specific tools” for “engaging in civil discourse.”

“Perhaps even more importantly,” she said, “they have a very explicit, conscious understanding of the importance of civil discourse and a commitment to going out into their communities and their professions and trying to tackle life’s challenges and the problems we face as members of a common society by engaging with a range of people in a civil manner to help us all move forward productively.”

I know this post isn’t the complete roundup of civil-discourse efforts in higher-education curricula and programming. Please share in the Comments section below what your college or university is doing to promote and teach civil discourse. Or email me at cselix[at]minnpost[dot]com.

And if you have suggestions, tips or other information to share with me for our higher-ed coverage, please email me about those as well.