Kristi LaFollette felt restless in her sophomore year of high school. Sheena Thao, daughter of Hmong immigrants, wanted to prepare for the rigors of college and save money. Eben Danielson longed for challenging classes and more control over his schedule. Ashley Ford felt bored. And Kendra Johnson dropped out of high school after becoming pregnant at age 15.

All five found their way into dual-credit or dual-enrollment programs, meaning they earned credits on a college campus — at little or no charge — that counted toward their high-school diplomas and/or college degrees.

While Minnesota’s 25-year-old Post-Secondary Enrollment Options program (PSEO) was the first state-funded dual-credit effort, variations are available in 42 states. PSEO has tended to attract the brainy and bored students throughout its history, but more and more programs in the nation are trying to serve under-represented and at-risk students. (See part one and two of this series.)

Sheena Thao, PSEO, Minnesota
Sheena Thao knew she wanted to go to college, but she wasn’t entirely sure how to prepare for its rigor or costs. 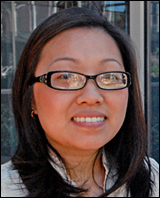 Fortunately, her older sister helped pave the way by becoming the first member of the family to start college — and later graduate — by enrolling in Minnesota’s Post-Secondary Enrollment Options program. Their Hmong parents had immigrated in 1979, putting down roots in Minneapolis.

Thao, now 26, earned her PSEO credits at no charge to her family on the Twin Cities campus of the University of Minnesota. She went on to earn a bachelor’s degree in psychology from Carleton College in Northfield, and a master’s from the U of M.

“It’s a good way to prepare for college while you’re in high school,” said Thao, who was born in the United States. “That whole transition from high school to college — especially for first-generation students like me who don’t have the background — can be a little overwhelming. It helped me prepare for the workload and the challenges of living on campus and being away from home for the first time.”

Now she’s the outreach and public-information coordinator for the Center for School Change at Macalester College in St. Paul. Her duties include working with under-represented students and parents to make them aware of Minnesota’s array of early college access programs.

“Just trying to access all of these resources is difficult, especially if your parents are working two jobs and don’t speak English very well,” she said.

While Thao did well academically at Edison High School, she wanted more challenges.

“It (PSEO) was harder but in a good way because it challenged me,” she said. “I learned how to write a college paper, and once I got to college I was prepared.” 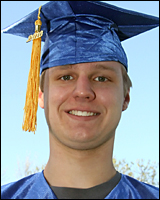 But Danielson, now 18, didn’t want to give up the pluses of high school like the swim team he captained, or band, choir and orchestra, or the senior class trip and lunch with his friends. So he scheduled his classes at Minnesota State Community and Technical College three mornings a week and returned to Fergus Falls Senior High School in the afternoons for music classes. He also took some online courses.

“I didn’t think it was that big of a jump, and I enjoyed the extra amount of freedom,” said Danielson, who plans to major in psychology at North Dakota State University and one day become a professor of psychology. “You never have a seating chart. … The whole teaching style is pretty different. Most teachers don’t give out five- to 10-point assignments every day.”

Danielson received an associate of arts degree in May, graduating with a 4.0 grade point average weeks before his high-school ceremony. He’s donning cap and gown for both ceremonies. Interestingly, he has a 3.99 GPA at the high school because some of his college classes weren’t considered accelerated. Nonetheless, he will be a junior when he heads to NDSU, saving a bundle of money.

“We saved two years’ worth of tuition (for both), which is really, really nice,” said their mom, Kirsten Danielson, a computer programmer for the city of Fergus Falls. “We had prepared pretty well for our kids’ future and education, but it’s really nice.”

Going through PSEO, she said, offered “more choices, more flexibility and it made him more responsible … to be on his own.”

Kristi LaFollette, PSEO, Minnesota
Kristi LaFollette tired of the high-school routine after two years. She basically hasn’t stepped foot in a high school since her sophomore year, choosing instead to attend college classes three days a week and online courses the other days. 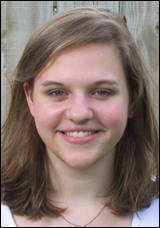 LaFollette just graduated with an A.A. degree and a 4.0 GPA from Inver Hills Community College in Inver Grove Heights.

“I got ‘senioritis’ in 10th grade,” she explains, chuckling. “I started early.”

But PSEO offered a way out. “It’s (PSEO) just a unique experience and a time to grow a lot without all the labeling that goes on in high school.”

LaFollette, a “preacher’s kid” who knows all about labeling, will major in English as a Second Language at Crown University, a private Christian institution in St. Bonafacius, Minn.

In the beginning, the curriculum seemed difficult. “I hadn’t proven to myself I could do the work … and I wondered if I’m missing out” on high school activities, she said.

But she soon adjusted and appreciated not only the diversity of ages and backgrounds of fellow students but also their work ethic.

“I think when you’re paying for classes, you have a different attitude,” she said. “More people are wanting to learn — it’s not like they’re wanting to get out of class early.”

Kendra Johnson, Gateway to College, Oregon
Kendra Johnson is one of the under-represented, at-risk students who benefitted from an early access program. 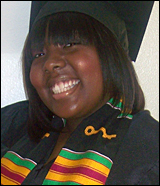 “They helped me at a time when a lot of people are giving up on you if you’re 15 and a mom and a dropout,” said Johnson, a 23-year-old alumna of Oregon’s Gateway to College program at Portland Community College.

Johnson, now a youth support specialist at Impact Northwest in Portland, begins a master’s in social work this fall at Portland State University.

But her turnaround started in 2003 at PCC’s Gateway program, where she was guided by the same “resource specialist” the day she resumed working toward a high school diploma on the PCC campus to the day she graduated from the University of Oregon. And she still stays in touch with the specialist.

“They don’t throw you into a college setting (until you’re ready) and they’re there for you throughout the duration,” said Johnson, who now works with teens starting the transition out of foster care to adulthood.

She encourages her clients to consider Gateway if they’ve dropped out or are at risk of dropping out, among the requirements to enter the program.

Johnson said she never really wanted to drop out of high school but she needed a job to support herself and her son. “I still wanted to go to school but I just couldn’t fit it in,” she said. “Regular school wasn’t working for me.”

Ashley Ford, College Bridge, Chicago
Ashley Ford knew her parents expected her to go to college but she wasn’t sure exactly how to get there. Then she discovered College Bridge, a program sponsored by Chicago Public Schools, DePaul University and other Chicago-area colleges. 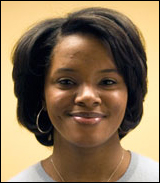 Ford, now 27, is a communications specialist for DePaul’s Center for Access & Attainment in Chicago. As a high-school junior and senior, she took four college classes at DePaul, which counted toward her college degree but not her high-school diploma.

“I was a good student who was bored,” she recalled of her high-school years. “I wasn’t placed into more challenging courses though I found that being in the College Bridge program was refreshing because I was challenged. … I was motivated to do my best … and I did better in those courses than I did in high school.”

Unfortunately, the Chicago school system decided last year to eliminate College Bridge because of a funding shortage. DePaul and other institutions are trying to figure out a way to bring back a slimmed-down version.

Ford, who earned a B.S. in journalism at Bowling Green State University in Ohio, has been busy helping to plan a banquet for alumni of College Bridge. She is  working on a master’s degree in public service management at DePaul.

To readers: Please share how PSEO worked for you or your children in Comments below. Or, email them to cselix[at]minnpost.com.

This story was written for MinnPost as part of a partnership with The Hechinger Report, a nonprofit, nonpartisan education news outlet affiliated with the Hechinger Institute on Education and the Media, Columbia University.

In 1985, Minnesota became the first state to pay for high-school students to earn dual credits. Now a new generation of such programs takes aim at the achievement gap.

Dual-credit focus now is on under-represented, low-income and at-risk students

Meet five students who got a jump on college