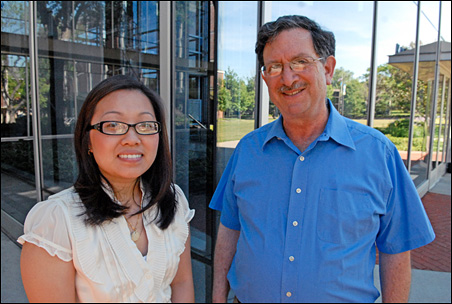 The dual-credit program, called Post-Secondary Education Options or PSEO, spawned efforts across the country to engage the bored, the brainy and the alienated. But now Minnesota — struggling with a persistent achievement gap between whites and minorities — finds itself somewhat behind the newest generation of programs, which focuses on under-represented, low-income and at-risk students.

The typical PSEO student is white, female and from a middle-class family, according to state data and other analyses. Meanwhile, early access programs have spread to 42 states and Minnesota is intrigued by nonprofit ventures like the Early College High School Initiative run by Boston-based Jobs for the Future, the New York-based Middle College National Consortium and Oregon-based Gateway to College Network. 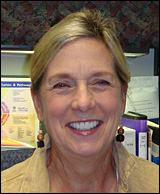 “These are very exciting options to a lot of policy makers … there’s a fertile field here,” said Sally Wherry, supervisor of high-school initiatives in the Minnesota Department of Education’s Center for Postsecondary Success. “Everybody working on this in Minnesota is very aware [of the gap] and working on closing that achievement gap in a variety of ways. It’s a huge goal for all of us.”

To get there means not only improving college graduation rates for the population as a whole but also encouraging the fastest-growing demographics — minorities and children of immigrants — to go to college and graduate.

But getting there will be tough. While Minnesota’s PSEO budget has hovered at $21 million to $22 million in the last three years, some states and school districts are chopping anything that isn’t considered absolutely necessary.

A few examples: The Chicago Public Schools system canceled its College Bridge program, an 11-year-old dual-enrollment project run jointly with DePaul University and other Chicago-area institutions. The state of Illinois also slashed millions of dollars from its overall dual-enrollment effort. Last fall, Ohio eliminated funding to early access programs after allocating $7 million in each of the previous two years.

Cuts, cuts, cuts
“Legislatures are looking to cut everywhere,” said Joel Vargas, program director for Jobs for the Future, who has served as an adviser on college readiness to the Minnesota P-20 Education Partnership. “They [line items] just stick out and feel ‘special purpose.’ It raises the specter of they [legislators and taxpayers] don’t get why you would pay for a college to serve a high-school student.”

How does Vargas articulate it?

“You look at the big gap and where the falloff is — it’s in high-school graduation, the lack of readiness by high-school graduates for a post-secondary education and … the problem of dropping out in the first year or two of college,” he said. “What these programs do is kind of hit that sweet spot because it is about creating better paths through what have been called critical transition points.”

Although the early-access efforts appear to offer a path to Obama’s ambitious goals, proposed funding remains flat for federal programs like TRIO and GEAR UP, which aim to put under-represented students on the college track. The administration also had hoped to significantly increase federal grants for college access and completion efforts.

“With the college access and completion grants on the table for the last two years, the pot is $66 million but … we had hoped to boost it to $150 million,” said Greg Darnieder, adviser to U.S. Secretary of Education Arne Duncan on the Secretary’s Initiative on College Access. “The minimum grant went to $1.5 million per state, particularly important to our rural states, where they had been getting $333,000.”

“We have intentional strategies around early colleges spread around the states,” he said. “We are particularly interested in completion grants because that is the pot of money that was given to us to help states think through how they use federal and private resources to build the infrastructure. Whether it’s dual-credit or early college strategies, with higher education institutions this is absolutely critical.”

While Minnesota has cut overall education funding and delayed payments to school districts in the face of a deficit, PSEO has emerged relatively unscathed. For one thing, both Republicans and Democrats seem to like the program.

‘A nonpartisan part of Minnesota fabric’
“This has been a pretty nonpartisan topic, so PSEO usually isn’t a place we go to cut,” said Assistant Education Commissioner Karen Klinzing, a former Republican state legislator, teacher and one of the first PSEO students. “I think it’s become a very important part of the fabric of who we are in Minnesota. We were one of the first states to have this kind of program, and it’s just become something that students and parents expect. So, it’s a nonpartisan part of our Minnesota fabric.” 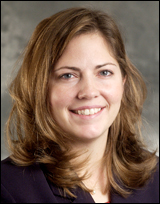 PSEO is one entrée on Minnesota’s menu of programs designed to help high-school students earn early college credits. Others are Advanced Placement, International Baccalaureate and concurrent enrollment classes. College in the Schools also lets students earn college credits in classes where their high-school teachers have been trained by professors at sponsoring institutions.

But earning early college credits was just one of the goals of the 1985 school reform effort, says Joe Nathan, director of the Center for School Change, now based at Macalester College in St. Paul.

“It was designed to offer additional challenge for students seeking it,” said Nathan, who provided research to legislators who wrote Minnesota’s ground-breaking PSEO legislation in the 1980s. “It was designed to encourage more high schools to offer challenging courses. And it was designed to help more young people be fully prepared for some form of higher education. Earning early college credits is only part of the idea.”

Even though college costs are escalating and families are struggling in a recession, enrollment in PSEO has stayed flat and may be declining, according to preliminary Minnesota data. In the 2007-08 school term, 7,347 public students in Minnesota were enrolled in PSEO. But by last fall, 5,688 students from public schools were enrolled, 4,775 of them white and 3,718 female. Asian/Pacific Islanders (373) accounted for the largest minority, and blacks (357) were the second-largest group. The state cautions that its latest enrollment figures are incomplete, so PSEO may not be declining once all the numbers are available.

Concurrent enrollment takes off
“Concurrent enrollment” college-level classes, which are taught in the high schools under articulation agreements with colleges and universities or online, are drawing two and three times as many students as PSEO. During the 2007-08 term, 17,581 students took college-level classes under the articulation agreements, which kept the state money in the school districts.

One of the problems with access to PSEO is that it’s sometimes the best-kept secret in school districts determined to hold onto per-student funding from the state. Under Minnesota statute, the money follows a PSEO student to the college or university. Currently, the state pays higher education institutions $177 per credit for PSEO students.

Micheal Thompson, director of secondary curriculum for the St. Paul Public Schools, defends districts’ efforts to hold onto their students and state funding.

“We have a whole host of college prep and accelerated programs, and PSEO is just one option,” said Thompson, whose district is the second-largest in Minnesota. “It’s nice not to lose the money, but we’re in the business to get the kid educated in the best way possible.”

High schools are required to include the availability of PSEO in their registration materials, but critics say it’s frequently buried or that guidance counselors and teachers steer students instead to in-school programs, according to a 2005 report [pdf] on the program prepared by the Center for School Change.

“Right now you have a system where, depending on the program you choose, there are more incentives for one versus the other not to come together” in the interest of students, said Vargas of Jobs for the Future. “It’s not that it cannot happen. You go to states and there will be some people who have figured out how to do this and create a program. But they have to be so creative and entrepreneurial. That’s not the same as the state being really more intentional about developing its policies to incent that kind of activity.”

Friday: A new focus on under-represented, low-income and at-risk students

This story was written as part of MinnPost.com’s partnership with The Hechinger Report, a nonprofit, nonpartisan education news outlet affiliated with the Hechinger Institute on Education and the Media, Columbia University.

Dual-credit focus now is on under-represented, low-income and at-risk students