It’s always interesting to discover what doesn’t end up in a press release from a university.

In this case, the University of St. Thomas apparently isn’t tooting its own horn about standing up for academic freedom and a mild-mannered thermal-engineering professor named John Abraham. But St. Thomas and Abraham are getting lots of lauds in academic, environmental and scientific circles in cyberspace.

Among Monckton’s claims, according to Abraham’s presentation: “the world isn’t warming; sea levels aren’t rising; ice is not melting; polar bears are not threatened; the ocean is not heating; there’s no ocean acidification … scientists are lying; there is a conspiracy.”

In the intro, Abraham details Monckton’s history, including that he has testified before Congress, has degrees in classics and journalism, and that he’s a “pretty compelling speaker” who has a “wonderful way with words.”

In response, Monckton has called on his supporters to email the Rev. Dennis Dease, president of St. Thomas, to open an academic and misconduct investigation. The law firm Moore, Costello & Hart, which represents St. Thomas, has said back off — or else. Here is a section from the firm’s letter addressed to “The Viscount Monckton of Brenchley Carie, Rannoch, Scotland,” posted by Rabett Run.

Google “John Abraham and Christopher Monckton” and you’ll pull up 21,000-plus entries. The scientific smackdown is getting more attention in the United Kingdom’s media and in cyberspace than locally, according to St. Thomas spokesman Jim Winterer, who said the contents of the letter are accurate. Gotta love this headline in the Guardian: “Monckton’s response to John Abraham is magnificently bonkers.” 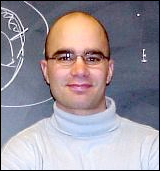 The university has been inundated with emails and letters from Monckton as well as with “scores” of emails and calls from Abraham’s supporters, but so far hasn’t issued a press release on the matter, Winterer said.

“You’re the first local reporter to call,” he told me this morning. “One reason we didn’t do a release is our goal was never to get in some kind of media battle with this guy. … To start some kind of news release war, that was never the intent.”

Meanwhile, scientists around the world are rallying in support of Abraham, including a New Zealander’s recently setting up a “Support John Abraham” site.  More than 900 comments have been posted. Here’s one: “Thank you to John Abraham and St. Thomas University for revealing the misstatements made by Christopher Monckton. Please don’t let him intimidate you. The world needs the truth you are giving us.”

Update: Abraham told me today that calls and emails from supporters have outweighed the hate mail 5 to 1. Still, he said in a phone interview, it’s “uncomfortable to be the target of a letter campaign” and he’d prefer to get back to his research. I plan to write a follow-up post based on the interview, so please check back.

Brian Angliss of Scholars & Rogues posted a summary of some of the attempts to counter Monckton’s claims, but said that Abraham “set the curve when it comes to debunking Monckton.”

“In response to a presentation Monckton made in Minnesota, Abraham checked nearly every one of Monckton’s claims and references in order to see where Monckton got the science right vs. where he got it wrong,” Angliss writes. “The result of all this research was a nearly 90 minute-long rebuttal where Abraham dissects dozens of Monckton’s claims from a speech a year ago and finds that nearly everything Monckton said in his Minnesota presentation was wrong.”

Winterer and colleagues have been watching some of the videos of Monckton’s attacks on Abraham. “They’re just unchecked. … It’s a smackdown. It’s like the WWE [World Wrestling Entertainment] in science.”

Here’s the presentation from Abraham, who received his Ph.D. from the University of Minnesota.

Thanks to reader John Sherman, a professor emeritus at Moorhead State (now Minnesota State University Moorhead), who emailed me about the debate.