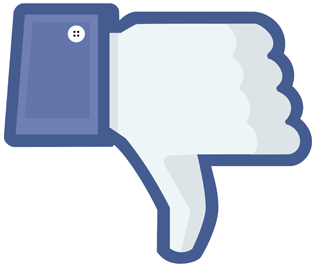 A controversy over the use of social media has broken out and helped prompt the state GOP to draft social-media best-practices guidelines.

“It is important for Republicans to realize the power and risk of online social media,” said GOP Chair Keith Downey. “They are carrying the Republican message and brand with everything they put out there.”

Downey was referring to a Facebook post by the Chisago County Republican Party that included the line “Pro-choice: Against slavery? Don’t buy one” and another Facebook post by Winona County Republicans depicting a toothless President Obama with a racially stereotyping grin and a doctored photo of Michelle Obama with gold grills. The post —  that  included the headline “If you like your teeth…”— apparently was intended to suggest this is what you would look like if you used Obamacare to get dental insurance.

The posts prompted a Twitter exchange between Downey and DFL Party Chair Ken Martin. Martin tweeted: “Are you serious?Once again the #MNGOP proves that racism is alive and well in their party.This is unacceptable.” DFL Executive Director Corey Day also issued a statement attacking the state GOP for not criticizing the posts more strongly.

Michael Brodkorb’s politics.mn has a good summary of the tense back-and-forth over the posts.

The DFL, meanwhile, had its own taste of tastelessness with a post on the Alliance for a Better Minnesota’s website that compared gubernatorial candidate Jeff Johnson to the gruesome serial killer Patrick Bateman in the film “American Psycho.”

“When we realized what the image actually meant we took it down…within 10 minutes,” said ABM Executive Director Carrier Lucking, who noted the DFL Party has had social-media guidelines in place for several years.

Downey said the Republican Party is updating all of its policies —  “We are building this organization from the ground up” — but that its social-media policy is particularly important. “So many of our local groups are new to this and they need to be aware of things they may not have worried about in the past,” he said.

The guidelines offer basic do’s and don’ts for groups that are in the public eye, such as: “Do present intelligent, responsible, trustworthy information. Don’t be obnoxious, petty juvenile, demeaning.”

Downey said the guidelines are still in draft form. He expects them to be approved by the party’s executive committee this week and then sent out to local Republican units.