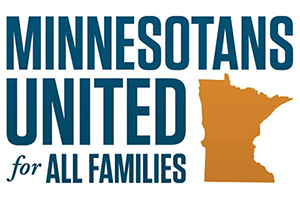 The state’s new law legalizing same-sex marriage has offered a marriage of convenience for DFL state representatives and Minnesotans United for All Families, the group that lobbied for the law’s passage.

Thissen said that a well-funded PAC will ensure that the new law “doesn’t go backward,” an event he considers unlikely. He acknowledged that efforts to protect certain legislators will serve another purpose. “They are in districts where the margins were close [in 2012],” he said. “When you have close races, you want to make sure that folks have all the help they can get.”

One such race took place in House District 48A in Minnetonka and Eden Prairie, now represented by DFL state Rep. Yvonne Selcer. In 2012, the district voted overwhelmingly against a proposed constitutional amendment that would have banned same-sex marriage. But at the same time, Selcer beat Republican Kirk Stensrud by only 202 votes.

Selcer is planning for a battle in 2014. “It’s going to be a difficult race and I am very honored that Minnesotans United has chosen to support me knowing what a difficult reelection campaign I am going to have,” she said.

The Minnesotans United email also names DFL Reps. Barb Yarusso, Will Morgan and Joe Radinovich as “legislators around the state who need our support.”

Not coincidentally, Yarusso, Morgan and Selcer represent suburban districts that Republicans lost in 2012 and which are at the core of the GOP plan to regain the majority in 2014.