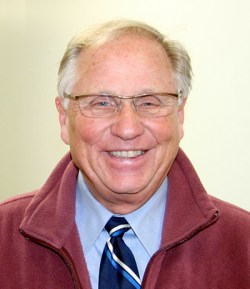 As leaders from both parties alternately take credit for the state’s new budget surplus, they could heed some observations from a Minnesota governor who presided over a brief era that produced both budget surpluses and balanced budgets without borrowing or new taxes.

Arne Carlson, who served as governor for eight years beginning in 1991, gives minimal credit for the predicted billion-dollar surplus to any political decisions.

“In this particular case, what you’re seeing here is a normal recovery,” he said in an interview. (Disclosure: During part of his term, I served as his deputy chief of staff.)

In Minnesota, in particular, he said, recovery has been enhanced by the strength of the state’s core industries.

“We are leaders in health care, medical devices, agriculture, and these are critical resources in a global economy,” he said. “Minnesota is very blessed.”

Carlson gives a nod of approval to Gov. Mark Dayton for balancing the 2013-2014 budget without gimmicks.

“The truth is, the budgets over the Governor Pawlenty years were never in balance, and we lost our credit rating,” he said.

But Dayton’s cure was too long on tax increases and too short on budget efficiencies, he said.

“It’s fair to say the tax increase did not dent revenue, but it did not bring a bag load of money either,” he said. “What was disappointing was lack of focus on cost savings.”

And not just budget cuts, he said. Carlson believes state budget architects should start a bold, new experiment in designing how government functions.

Carlson suggests that the Dayton administration and Legislature assemble a talent pool with participants from business and higher education to design a budget that stimulates state employment through innovation.

“Not only in terms of the tax system but also in terms of spending,” he said. “Maine went toward a flat tax that really helped stabilize them. That’s one area we could explore.”

He offered more general advice on spending. Government, Carlson said, should analyze its budget, determine what investments are most likely to attract new and younger workers and eliminate state spending that is no longer useful.

“We got locked in the past, but now you have to learn to rethink,” Carlson said. “It’s a good time for Minnesota to start planning its future.”