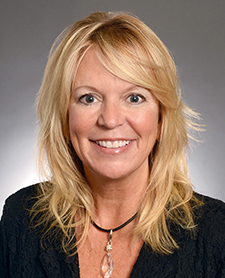 “The women’s groups and activists that I have spoken with — and even some of the female lobbyists, even DFL lobbyists — have all pledged their support,” says first-term Republican Sen. Karin Housley, who is considering a run for governor.

In an interview, Housley confirmed that she is leaning heavily toward a run and likely will make a decision early next year.

It’s difficult to assess the degree of support Housley would have among GOP activists who determine the party’s endorsement, especially since she would be one of a field of seven candidates.

But her gender could be a game changer.

“Being a woman is an asset,” she said, indicating she would exploit that distinction. “Not to diminish the male candidates, but you do bring a whole new perspective. Not the same old, same old.”

Housley, who lives in St. Mary’s Point, represents a district that encompasses Stillwater and Forest Lake.

She does expect some criticism about running for governor as a relative political newcomer.

“I’m just a freshman legislator. [But] there have been other candidates for governor who aren’t even as qualified as I am,” she said, noting that she owns a realty business and has written a book on finance, “Chicks Laying Nest Eggs.”

Housley has experience jumping into the deep end of the political pool. After incumbent state Sen. Ray Vandeveer suddenly quit the race in 2012, Housley entered the GOP primary on the last day of candidate filings and went on to win.

She won’t rule out running in a gubernatorial primary but said she would seriously seek the GOP endorsement.

She says that after conservative women’s groups, donors and business groups recruited her, she posed the possibility to her family — professional hockey coach and former NHL star Phil Housley and their four children. “They were all on board and supportive,” she said.

Housley said she did a search of Minnesota governors and their backgrounds, which convinced her that her credentials are sufficient to run a credible race in a short period of time.

“The month of January will be enough time to get everything in order and jump in,” she said.

Housley also confirmed another political tidbit: If she decides to join the governor’s race, she would be the first woman to run for Minnesota governor as a Republican.