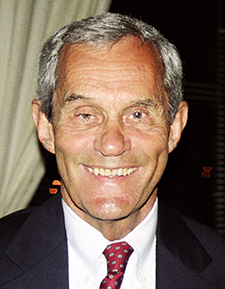 Minnesota House Republicans make no secret that they are going full-bore to regain seats lost to the DFL in 2012, particularly in swing suburban districts.

House District 49A, in Edina and west Bloomington, occupies a pivotal position in that battle with two candidates separated by a fine line of political differences.

The political leaning of the district tips toward the center-right. The politics of Peterson Bowles and Erhardt lie to the right and left of that, respectively.

“I’ve always been with them on the social issues,” Erhardt said of his comfort level within the DFL caucus.

The fiscal issues? Not so much.

Erhardt voted against the tax bill with it new upper-income tax bracket and new business taxes.  ”I don’t remember ever talking about them,” he said of the business taxes, “and they were dumb-ass things anyway, so I didn’t vote for them.”

Erhardt’s bluntness — and the name recognition he earned serving the district for nine terms — guided him to a win in 2012 against Republican Bill Glahn, with 56 percent of the vote.

Peterson Bowles goes toe to toe with Erhardt on district pedigree. She is the daughter of the late C. Donald Peterson, who also represented the district and went on to serve for almost 20 years on the Minnesota Supreme Court.

Peterson Bowles, a former Miss Minnesota whose sister is a former Miss USA, was appointed to the Metropolitan Council by Gov. Arne Carlson. She tried for and lost the 2012 GOP endorsement for the House seat.

“I’ve always had an interest in government and come from a family where public service was a model,” she said.

“What really motivated me is the frustration of gridlock and the tenor of the public discussion. My father always talked about the lively debate on the floor of the House and [how] people would go out to coffee afterward.  People could disagree, but it did not become personal.”

Erhardt ran his 2012 campaign on a platform of being able to work across the aisle. 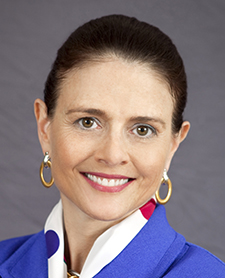 Peterson Bowles said she describes herself as a “pragmatic conservative,” saying: “The word compromise from a party standpoint is not a popular word, but there is an art to the judicious use of negotiating a compromise.”

She has nuanced views on the social issues that drove Erhardt to the DFL.

She believes, for example, that the state’s role in marriage should be limited to determining the contractual requirements of a committed union.

“Regardless of whether the union is a man and woman, or two men or two women, the state should be there to define and enforce the benefits,” she said. “Leave out the word marriage.”

Abortion, she said, is the “federal law of the land. I don’t support abortion as a birth control method or a way of ducking responsibility.”

When Peterson Bowles, now 54, sought the 2012 GOP endorsement, she promised to abide by the party’s decision. This time, she said, “I will hold the idea of a primary in reserve.”

Erhardt, 84, says he’s preparing for a tough campaign against whoever ends up the Republican candidate. He’s already raised $15,000 for a race that could run well into six figures.

While Peterson Bowles pieces together her campaign, Erhardt says he already has his aggressive political plan in place. “Just raise money and go out and kill ’em,” he said.