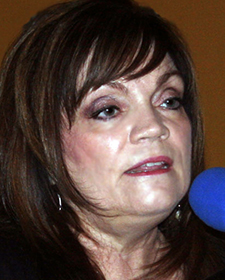 Another divisive social issue will be on the agenda for the 2014 session of the Minnesota Legislature — the “safe and supportive schools act,” otherwise known as the bullying bill.

The Minnesota Child Protection League, an ardent opponent of the bill, is lobbying in Republican and conservative Democratic circles to defeat House File 826, which passed this year in the House but stalled in the state Senate.

Republican legislators objected that the bill, which offers a detailed definition of bullying and establishes 19 protected classes of children, was overreaching, expensive and burdensome to school districts.

The Child Protection League agrees with those objections but has others, too.

At a Tuesday meeting of the Republican Seniors of Minnesota in Bloomington, Mimi Anderson, the league’s program director, described the bill as a “disgusting and despicable piece of legislation.”

The Republican senior group appeared to be unified in its opposition to the bill but had a mixed response to Anderson’s message. Some nodded in agreement, but others questioned whether using an anti-gay message was ethically or politically responsible.

“They are going to have to normalize it through the school system,” she told the group. “That same-sex marriage bill was just the precursor for what they really want. These students will be using a curriculum that is sexually explicit, morally offensive and physically unsafe.

“This is a bureaucratic takeover of indoctrination of our kids through sex education, remedial education and forms of discipline, tearing down the moral fabric of what we’re raising our children to be and become. This is the animal that they couldn’t wait to get out of the cage.”

But not everyone was buying her message.

“Terrible politics” was the opinion of Alan Shilepsky, a 2006 Republican candidate for Congress in the 5th District. Shilepsky, as a board member for the Log Cabin Republicans, had lobbied Republicans to not support the constitutional amendment that would have banned same-sex marriage.

After listening to Anderson’s remarks, Shilepsky said he, too, believes the bill is a bureaucratic nightmare but that preaching the fears of a gay agenda to defeat it would create a Republican backlash.

“The marriage amendment was the biggest organizing effort to help the Democrats in 10 years. It mobilized them to do many things,” he said. “We’ve built a monster because of our own foolishness.”

Anderson assured the group that the approach of the Child Protection League has bipartisan acceptance. “Whether I’m talking to Democrats or Republicans, parents are outraged,” she said.

She encouraged people to sign up for a Dec. 14 League training session to become part of a “massive movement to stop this bill.”