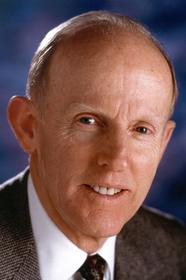 Hubbard and his wife attended a gathering Sunday in Palm Beach, Fla., hosted by Ken Langone, founder of Home Depot and a longtime Hubbard friend and business associate.

The Palm Beach event and weekend appearances elsewhere in Florida were Christie’s first ventures out of state since his Jan. 9 marathon news conference in which he apologized for his administration’s involvement in orchestrating a massive traffic jam as political retaliation.

Hubbard joined a group of about 100 Republican donors, but this event, he said, “wasn’t a fundraiser” — just an opportunity to learn more about Christie’s brand of politics.

“Christie comes across as a very warm and genuine person,” Hubbard said.

Christie convinced him that the governor’s denial of prior knowledge of the Fort Lee traffic jams is true.

“He answered questions directly,” Hubbard said. Christie is too smart, Hubbard suggested, to get involved in “the stupidest thing I can imagine.”

As for a presidential run, Christie said he hadn’t made up his mind but did speak of a national agenda, Hubbard said.

“He talked about what has to be done,” he said. “We’ve got to cut entitlements, have means-testing for Medicare and Social Security.”

Hubbard, who has contributed to both Republicans and Democrats, said, “My powder is dry” on who should be the next Republican presidential nominee. “Who knows? Maybe the Democrats could come up with a good common-sense candidate,” he said.

But Christie, clearly, made a positive impression on Hubbard.

“He’s very smart, and he’s able to communicate,” he said. “I can see why he became governor of New Jersey.”