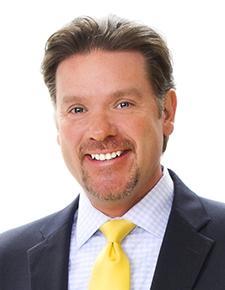 Christopher Koch, ex-husband of former Senate Majority Leader Amy Koch, was the boldfaced name that the Libertarian Party of Minnesota had hoped would be its candidate for governor.

But late last night, Koch, a small-business owner and Republican activist, decided to end his candidacy.

“I’m prepared as a candidate, but I have small business in a moderate-growth mode and I fear [a run for governor] could ruin my small business,” he said in an interview.

Koch has an 18-year-old daughter who also factored into his decision. “I had to really ponder whether I wanted to spend my last year with her, before she goes to college, on the road as a candidate,” he said.

Koch said he has nothing but respect for the efforts of the Libertarian Party.

“There’s a real hunger for alternatives to the Republicans and Democrats,” he said.  “The Libertarian Party is an appropriate home for me.”

The Republican Party in which he and his former wife became involved in the mid-’90s had become too focused on social issues, he said.

Koch said he still is a strong supporter of the GOP’s fiscal conservatism but falls more in line with the less-government approach of the Libertarian Party.

“More and more, my social beliefs were diverging from the Republican Party. I saw that with the marriage amendment,” he said. “My personal belief is that same-sex marriage is perfectly valid.  I don’t know why we would consider a constitutionally enshrined bias against a group.”

Had he continued his campaign, Koch said he would have made personal liberties the cornerstone and emphasized the need for a strong third party.

“I think people need an alternative party choice,” he said.  “I think there are lots of people that don’t fall neatly into categories.”

In the interview, Koch also broke his silence about his relationship with his former wife, whom he met when both served in the U.S. Air Force. The couple divorced in 2012 after Amy Koch acknowledged a romantic relationship with top Senate staffer Michael Brodkorb, an affair that cost her the Senate leadership and Brodkorb his job.

“Amy is still a dear friend of mine. I respect her very much,” he said. “She’s a skilled leader and a good public servant. She’s a good person, and she and I have raised a good daughter together.”

Koch said he informed leaders of the Libertarian Party of his decision early this morning.  As of this morning, the party’s Facebook page still mentions a Thursday news conference to announce a governor candidate.