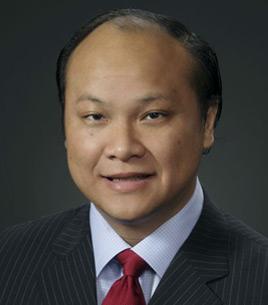 Citing commitments to his businesses and family, Republican Dennis Nguyen withdrew Monday from the race for secretary of state.

The Republicans, however, may not be without a candidate for long.

Former state Sen. Ted Daley is considering running for the office. He said he became interested in the race before Nguyen’s announcement because it’s an open statewide office and because of concerns he’d heard about Nguyen’s candidacy.

“There’s been some recent news about the candidate,” Daly said. “The news has prompted my exploratory committee to begin looking at the possibility of another candidacy.”

Daley said he was referring to reports that Nguyen was a frequent patron of strip clubs. Those reports include articles in City Pages and from Republican blogger Jeff Kolb.

A Nguyen spokesman — Branden Petersen, who is also a Republican state senator — confirmed that Nguyen made such visits before and after he had announced his candidacy.

“Dennis Nguyen has been at a strip club, yes, in his life,” Peterson said. He said Nguyen had participated in the activity, “like tens of millions of other Americans.”

Nguyen’s announcement to end his candidacy appeared on his Facebook page and mentions only his family and business concerns.

“My four young children require my active involvement in their lives. Additionally, global equity markets are on the upswing and I need to focus on bringing a number of New Asia Partners’ investments to the market in 2014,” he said in a news release posted on the page.

State Reps. Deb Hilstrom and Steve Simon are seeking the DFL endorsement for the office now held by DFLer Mark Ritchie, who is not running again.

Daley, an Iraq and Gulf war veteran with a West Point degree, served two years in the state Senate, representing District 38 in Eagan. He was defeated in 2012 by DFLer Jim Carlson. Daley is the treasurer for Republican Scott Honour’s campaign for governor.

“That’s yet another consideration,” Daley said. “I’ve made that commitment, and before I make another commitment, I want to make sure I have a replacement.”

He said he would likely make his decision “sometime this week.”