For a candidate with name recognition, who’s raised more than $800,000 for his 2014 campaign, and had a serious 2010 gubernatorial run, Tom Emmer is encountering some unusual intra-party friction in his GOP bid for Congress from the strongly Republican Sixth District. 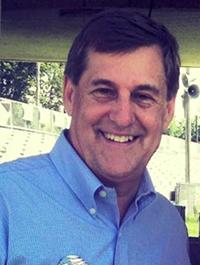 “Tom Emmer would be a drag on the statewide ticket.  Look at the public record,” said Phil Krinkie, also a Republican candidate for the sixth district congressional seat being vacated by Michele Bachmann.

Krinkie says he is skipping Saturday’s convention in Monticello, where Emmer is the heavy favorite to win endorsement, and will likely go to primary or even challenge Emmer as a third-party candidate. 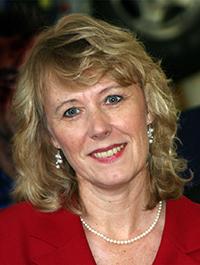 “I think voters deserve a voice,” she said.  “It’s a rare opportunity to decide between two kinds Republicans — one with a record of accomplishment versus someone who talks about things.”

In response, Emmer pointed to some inescapable facts about his campaign. “We’ve raised the money,” he said.  “We identified voters to come out on a cold night in February to caucuses, and we got almost 70 percent in a straw poll.  Plus, we came within 8,300 votes on 2.2 million cast [in the 2010 governor’s race] at the top of the ticket that elected a Republican majority in the [Minnesota] Senate for the first time in decades.”

Sivarajah and Krinkie maintain that Emmer has political liabilities.

“There’s lots of people that want to throw out the red meat and rile up the base, but that doesn’t get anything accomplished,” Sivarajah said.

“What I believe about Mr. Emmer — the fatal flaw — is that he doesn’t know how to apologize and admit he made a mistake,” Krinkie said, citing Emmer’s DWI conviction that became the subject of DFL attack ads in the governor’s race.

Both have also expressed philosophical reasons for contesting the Sixth District endorsement.

Krinkie says the Republican Party needs to change its “top-down process” in picking a nominee.  “Attendance at Republican caucuses is down almost 30 percent,” he said.  “You’ve seen the numbers nationwide with regard to political identification.  More and more people regard themselves as independent.”

Sivarajah has concerns about the party’s gender gap.  “I’m really running on my record of accomplishment rather than my gender,” she said.  “But at the same, it’s a well-known fact that Republicans need to do more to earn the support of women.”

Emmer had a different take on the effect of a primary contest.  “It’s easy for people to talk other people down,” he said.  “That’s one of things Republicans have got to stop doing.  We’ve got to stop shooting at each other.”

The real target, he suggests, is the DFL candidate that will emerge from that party’s primary contest.  Three DFLers are running for the party’s nomination: Judy Adams of Circle Pines, Jim Read of Avon, and Sartell mayor Joe Perske.