The DFL Iron Range legislative delegation has fired off a letter to Sens. Amy Klobuchar and Al Franken, using language that sounds like the GOP’s campaign themes.

The letter protests a potential U.S. Forest Service “programmatic environmental impact statement” that would evaluate mining throughout northern Minnesota and the Superior National Forest. A coalition of environmental groups has requested the PEIS.

“A regional or PEIS proposal … is not necessary or appropriate, would be an inefficient use of federal resources, does not contribute to the public interest … and would cause unacceptable delay in bringing jobs to Minnesota,” wrote the eight-DFLer delegation.

The letter defends copper-nickel mining as “a tremendous opportunity for both the region and the state.”

State Rep. Tom Anzelc, group chair, said that copper-nickel concerns are “appropriate,” but another layer of environmental review would cast a shadow over iron ore mining, the region’s main employer.

“My point is that the Environmental Protection Agency’s increasingly aggressive interest in dealing with copper-nickel mining has morphed into areas that have consequences in iron and taconite,” the Keewatin DFLer said. “And we have been doing iron and taconite for 125 years.”

A spokesman for Friends of the Boundary Water Wilderness, which supports the PEIS request, acknowledges such a review would touch on other copper-nickel mining projects. “It looks at how a landscape or region approaches different kinds of development,” said communications director Aaron Klemz.

Klemz said that the proposed Twin Metals mining project is an example of what could come under PEIS review. “Twin Metals is relying on leases that were procured in 1966, before we had laws that require environmental review.”

Anzelc maintains that government environmental agencies should stick to the facts. “The EPA is charged with interpreting data, not politics,” he said.

He and state representatives Jason Metsa, Joe Radinovich, Carly Melin, and David Dill, and state senators Tom Bakk and Tom Saxhaug, called for Klobuchar and Franken to “reject the call for a PEIS in the Superior National Forest.”

Anzelc said he personally has not received a reply from Klobuchar or Franken. 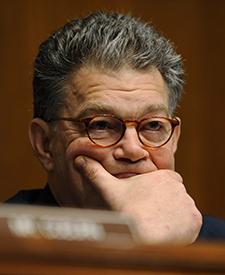 Franken replied to a MinnPost request for a response in an email. “Mining is a great Minnesota tradition, and so is protection of our environment and natural resources,” he said. “There’s no question that we need to take into account the environmental impact of any proposed project, but Minnesota and the federal government already have rigorous processes in place to make sure that happens. There’s no reason to have an overly burdensome process. I’ve been talking with the Forest Service about this issue and I will continue to engage them.”

Klobuchar’s emailed response was similar. “While every project must undergo a thorough environmental evaluation, I am concerned about adding this additional impact statement when there is already a process in place,” she said. “I will continue to work with the Forest Service on this issue.”

The legislative protest is getting an assist from the Iron Range cities of Ely, Aurora, Babbit, which are offering resolutions criticizing the PEIS.

“We feel the process is complete enough,” said Dave Lislegard, a member of the Aurora city council. “We don’t support further tactics to try and delay projects and that is for all industry.”

This latest maneuver is the one that will solidify the citizenry, he said. “Northeastern Minnesota is coming together,” he said. “We’re willing to stand up in unity with one voice and protect our way of life. The history and tradition of the Iron Range run as deep as the minerals under our feet.”