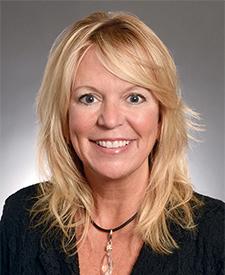 In a news release, Martin pointed out that Housley, a state senator from St. Mary’s Point who is running for the office as Scott Honour’s running mate, had not yet filed a “statement of economic interest” with the state campaign finance board.

Candidates are required to file an economic interest statement within two weeks after their filing, and Housley filed for office on June 2.

“It was a campaign oversight and it has now been filed,” Housley said Monday. “My statement of economic interest was on file with the state for being a state senator. Nothing’s changed from that one. So we processed it and re-filed it.”

Housley’s economic interest statement from her senate filing shows an array of securities investments including Apple, Merck, Pfizer, and Berkshire Hathaway as well as ownership of properties in Afton, St. Paul, St. Mary’s Point and Walker.

In 2012, the Campaign Finance and Public Disclosure board investigated a complaint against Housley brought by the Senate DFL Caucus claiming she failed to report in-kind campaign donations to her Senate campaign. The board cited Housley’s failure to file a complete report, but also said the errors were inadvertent and did not warrant a penalty.
Reports of the economic interests of all candidates running for office can be viewed at the Minnesota Campaign Finance and Public Disclosure Board’s website.