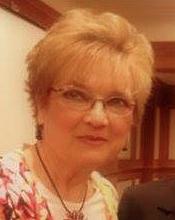 Candidates for public office in Minnesota are often proud of the endorsements they receive from various interest groups.

But they also pay a price for them: Not in promises they’re forced to keep, but in the hours required to fill out the surveys that lead to those endorsements, be they from the Minnesota Farm Bureau, the Minnesota Dermatological Society, the Minnesota Chamber of Commerce, or one of the other dozens of special interest groups that ask candidates to elaborate their positions via often-extensive questionnaires (like this one from the AARP [PNG]).

The inundation in a candidate’s in-box led Barb Sutter, Republican candidate for Minnesota House District 49B, which covers parts of Bloomington and Edina, to send an email to her supporters explaining why she’s opting out of some responses.

“I have an inch-thick folder of these questionnaires, ranging from the Soybean Growers to the Minnesota Dermatological Association,” she said. “I am completing any questionnaire that deals with an issue that affects the lives and welfare of Minnesotans generally. However, I am not answering questions on topics about which I don’t feel competent to comment or that require more time for research than I have at the moment.”

Her opponent, DFL state Rep. Paul Rosenthal, says the sheer number of questionnaires can be “overwhelming.” He’s received “about 30 or 40,” and like Sutter, he often gets them from groups with no direct relation to the district.

“Some of them are from groups that I don’t come into contact with in my committee assignments,” Rosenthal said. “Some of those farm groups, for example. My district doesn’t really have any family farms anymore. And if I’m not comfortable or I’m not fluent, I tend to stay away.” 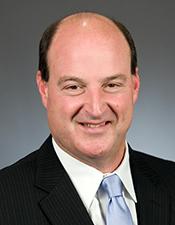 The National Federation of Independent Businesses does get a high response rate to its endorsement questionnaire, even though it’s five pages long. “These are general business questions rather than technical questions,” said NFIB state director Mike Hickey. “If it’s really industry specific, I can see why some one would choose not to fill it out.”

For a candidate for governor, the requests and the paperwork are doubled. “We’ve been swamped, they keep flowing in,” said David Strom, chief researcher for Republican Jeff Johnson’s campaign for governor. Strom said he anticipates the campaign will receive up to 80 questionnaires before election day.

“The way that they come, they have to be triaged, drafts have to be done and it goes to Jeff, who obviously completes the questionnaire,” he said. “You make sure you speak to all the voters, but you can’t answer five different surveys from groups on the same issue.”

Johnson, Sutter, Rosenthal, and many other candidates share a dislike for one questionnaire technique in particular: the pledge.

“I will not take any pledge,” Rosenthal said. “I think that’s out of bounds because you never know what’s going to come down the line.”

Sutter has a similar strategy. “I am not completing questionnaires that only allow for ‘Yes’ or “No” answers and do not allow for comments,” she said in an email. “I am not signing any pledges.”

Johnson refused to sign a no-tax pledge requested by Americans for Tax Reform, the group founded by anti-tax advocate (some say dictator) Grover Norquist. In refusing, Johnson said his record stands for itself.

The candidates, though, are sensitive to the perception they may not care about these special interest groups. “I understand different groups want to send them,” Rosenthal said.

Sutter went a step further. In her explanation of how she deals with the surveys, she  closed with this postscript: “P.S. I am all for soybean growers and dermatologists!”