In case we needed further confirmation that St. Michael is not like suburban Minneapolis, campaign finance reports indicate that the Republican primary for the state house seat in Wright County is a poor cousin to a similar face-off in Eden Prairie.

In House District 30B, candidate Eric Lucero — who wrested the endorsement away from incumbent David FitzSimmons because of the latter’s yes vote on same-sex marriage — has raised $14,340.

Contrast that to the GOP primary in House District 48B in Eden Prairie, where incumbent Rep. Jennifer Loon has raised $59,196. Her opponent, Shelia Kihne — who has made a Loon’s yes vote on marriage central to her campaign — has raised $26,944.

Both Kihne and Loon are getting outside help. As reported by Bluestem Prairie, the Minnesota Family Council has aired cable TV aids in the southwest metro in support of Kihne.

But the winner in the money race on same-sex marriage as a campaign issue in 2014 appears to be Loon.  Freedom Minnesota, a PAC established specifically to support Loon’s candidacy, has raised $79,500. 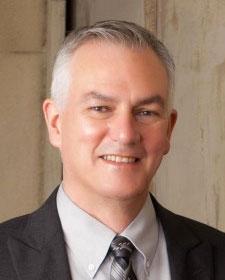 And it’s most recent donations include $25,000 each from Daniel Loeb, the New York hedge fund manager, and Seth Klarman, a Boston investment manager, as well as $10,000 from Minnesotans United, the group that defeated the marriage amendment and went on to help pass same-sex marriage legislation.

Though both races have been altered by the 2013 gay marriage vote, there’s a simple explaination when it comes to the money: Loon actually cast a vote, drawing the attention of donors like Loeb and Klarman, who both have a history of supporting the same-sex marriage movement.