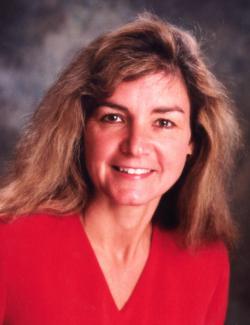 Michelle MacDonald’s tangles with the Republican Party at the State Fair have topped any sideshow along the Midway.

The latest controvery for MacDonald, the GOP’s endorsed candidate for the Supreme Court,  began on Thursday with a confrontation with a security guard at the party’s State Fair booth— and ended Friday with what she described as a “threatening phone call” from a party representative.

Earlier, McDonald had been barred from entering the party’s State Fair booth because of her pending court appearance for charges of drunken driving and resisting arrest. The ban was the most recent move by the party to distance itself from the candidate, whose legal problems party leaders learned of post-endorsement.

On Thursday, MacDonald crossed the party line, so to speak, by defying that order and entering the GOP’s State Fair booth. She promptly encountered veteran security guard Dan Seaman, a self-described “conflicts solution person,” who gently but firmly escorted her to the sidewalk.

Then, on Friday morning, MacDonald said she got a “threatening” phone call from an attorney asking her to get out of the race. In an interview, MacDonald said he was “an attorney I’ve known for years [that] I consider a friend of mine. He said he had an offer for me from the party and I had to comply by noon.”

The blog politics.mn identified the attorney as Michael Burns, and posted a recording of the conversation that MacDonald made.

MacDonald responded by digging in her heels further. In a letter to GOP party chair Keith Downey, she wrote, “I understand you have given me a deadline, Mr. Downey, of noon today to write you a letter repudiating my endorsement, and once that is done, the executive committee will meet with me…. I am writing to inform you that I will not repudiate my endorsement by the Republican Party of Minnesota to run for Minnesota Supreme Court, and that the Delegates matter.”

In a subsequent email to party delegates and officers, Downey reiterated the party’s position of limited support for MacDonald. “She is our endorsed candidate. Period,” he wrote.  “Our state party constitution pledges our support of endorsed candidates but there is no explicit commitment of specific resources.”

MacDonald says that now the matter has transcended the question of supporting an endorsed candidate. “The issue now becomes political free speech,” she said.