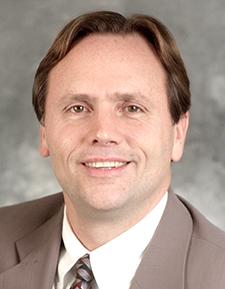 From every corner of the Republican Party of Minnesota, rebuke came quickly on Tuesday after Preferred One announced it was leaving the MNsure health care exchange.

“Six out of 10 people who’ve purchased insurance through MNsure will now have to go through the nightmare process of purchasing another plan all over again,” said Republican candidate for governor Jeff Johnson, whose comments were echoed by GOP officials and politicians throughout the state.

But three Republican lawmakers who took part in the legislative process to create MNsure offered more nuanced criticisms, explanations that went beyond the obvious political rhetoric.

State representative Jim Abeler, the Republican House lead on health care policy and finance, said that PreferredOne, chosen by six out of 10 MNsure applicants, took a gamble that didn’t pan out. “PreferredOne was the most engaged and risk-taking with their products,” he said. “They decided to take a chance with the lowest premiums, but judging from the reports, the enrollment projections weren’t there, and they may be taking a bath.”

State senator Michelle Benson, a member of the legislative oversight committee for MnSure, agrees that Preferred One didn’t get enough customers, but says that the insurer also incurred extra expenses from the inefficiency of the MNsure website. In its statement on withdrawal, Preferred One said MNsure was “taking a significant amount of our resources to support administratively.”

“This fall, they are still planning to use paper forms,” Benson said. “A year and half ago … the insurance companies were pointing out the problems and no one listened.”

Echoed Abeler about MNsure: “They cut themselves out of meaningful feedback. They’re still in workaround mode.”

David Hann, Senate minority leader who has worked in the insurance industry, went back to his initial objection to the creation of MNSure. “There was a structure in Minnesota – that we had for years — MCHA [Minnesota Comprehensive Health Association] under which nobody was denied insurance for pre-existing conditions,” he said.  “That’s not to say there wasn’t an opportunity to make it better and we tried to do so.”

Blue Cross, Health Partners, Medica, and U Care are the remaining insurers on MNsure.  Benson said as larger insurers, they might be able to absorb the administrative costs of participating.

“The remaining plans want the business and if there’s business to be had, someone will go for it,” Abeler said.  “But the rates may go up.”