What do politicians do in office when they no longer have to answer to voters?

If you’re a Minnesota governor, you have a tendency to pursue legislative and policy priorities that are far-reaching — but also personal, even unpopular.

Gov. Mark Dayton is the latest member of this club, making good on his post-election statement that he would be “unbound” in his second term in office.

For one, Dayton has proposed an $11 billion dollar transportation package, funded in part by a potentially unpopular gas tax increase. He wants $10 million to replace the state’s two airplanes, a request he defines as personal as well as philosophical. And — most notably — he authorized sizable salary increases for his commissioners.

Dayton’s actions may frustrate others in government — even fellow DFLer Senate Majority Leader Tom Bakk said Wednesday that he has “reservations” about the size of the salary bumps — but he is hardly the first governor to pursue passion projects once unburdened from having to seek voter approval. 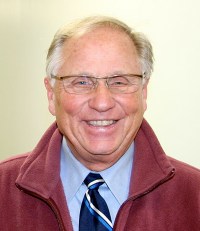 Take my old boss, Arne Carlson. Carlson’s second term, which began in 1995, was marked by the same sort of budget discipline as his first term, but he definitely had a few pet projects. He was passionate about school choice, an education reform that never really resonated with Minnesota voters. But in 1997, the Legislature passed a version of that reform that gave tax deductions and credits to qualified parents to spend on their education priorities. And in 1996, Carlson was able to get the Legislature to appropriate funding to combat fetal alcohol system, a priority of his wife, Susan.

Carlson also believed in funding for the arts, and in 1997 persuaded fellow Republicans in the Legislature to support a substantial boost in funding. And he personally lobbied and won bonding for the Xcel Energy Center in St. Paul. 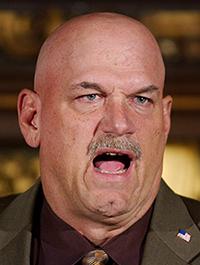 Jesse Ventura, who served only one term as governor, had an agenda that was both farsighted and idiosyncratic. He reformed education funding, shifting the entire cost of basic education to the state. He believed in light rail and oversaw the groundbreaking of the Hiawatha light rail Blue Line. But he also persuaded the Legislature to cut car license tab fees because he was irked that tabs were more expensive for expensive cars, like the Porsche he was driving.

Yet Ventura also used part of the revenue surplus Carlson had left behind to rebate $2 billion to taxpayers in what he called  “Jesse checks.” When Ventura left office in 2002, the state was facing a $4.5 billion deficit.

The only governor over the last two decades who didn’t seek another term but nevertheless played it safe is Dayton’s predecessor, Tim Pawlenty. He inherited the Ventura-era budget deficit and refused to raise taxes or cut spending enough to close it. 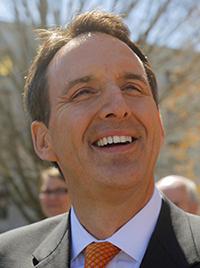 He avoided taking a clear position on a new stadium for the Minnesota Twins, though one of his last acts as governor in 2010 was signing legislation authorizing a $400 million dollar public subsidy of the project.

Pawlenty did not indulge in a grand vision for state government. And few pundits, even conservatives, describe him as anything more than a caretaker governor. But Pawlenty had another reason for not indulging in personal whims as governor. He was going to run again, but for president. As we know, his candidacy never gained traction – in part because his years in the governor’s office were marked by a conspicuous lack of bold ideas.

This time, it’s personal: Why Mark Dayton’s ‘unbound’ second-term style is nothing new