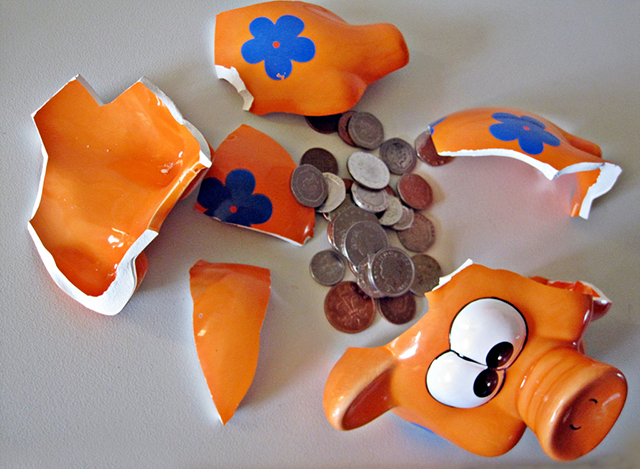 The DFL, like the Republican Party of Minnesota, owes people money.

According to a report filed in January with Federal Elections Commission, the DFL has debt of $485,306. On the report filed with the state campaign finance board, the party shows debt of $29,373.

The DFL is certainly in better shape than the Minnesota GOP, which reported a debt of $1.01 million with the FEC and debt of $459,854 in its state filings. Much of that debt was incurred under the direction of former party chair Tony Sutton, who resigned in 2011 and left the party more than $2 million in the red.

Like most campaign operations, state parties teeter on a balance beam of cash flow during election years, spending it quickly and repaying it slowly. Republican party chair Keith Downey says the party still owes five vendors about $350,000 but that they’re on schedule for repayment.

That the DFL and state GOP incurred election year debt is not unusual — nor it is strange that vendors want their fees paid immediately.  What is curious is the way two vendors, as reported by the Star Tribune, publicized their bills in separate but similarly worded emails sent to members of the GOP’s executive committee.

According to a member of the state GOP executive committee who prefers to be unnamed, those vendors have not been paid in full — but they have been paid.  “Every vendor we have to pay, but it’s not necessarily in lump sums,” he said. Arena Communications, he said, has already been paid $314,000 for its work.

Party sources have a range of theories as to why a routine part of campaign bookkeeping was made public, including disputes over the GOP’s 2014 election strategy, frustration with the election outcome, and concern that party debt remains high.

But the publicity will not change the way Arena and other vendors will be paid, they said.  When it became clear to national Republican groups that McFadden and Mills were going to lose, the money dried up. And that put national vendors on payment schedules, just like many of the vendors the party deals with.