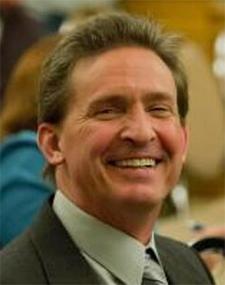 Republican Party of Minnesota Chair Keith Downey has a challenger for re-election to his post as leader of the state GOP.

Bill Jungbauer, a member of the party’s executive committee, said he will run for party chair, citing the party’s “secrecy and elitism.”

Jungbauer, who just stepped down as chair of the party’s 2nd Congressional District, made it clear that the reason’s he’s running is because he objects to Downey’s leadership style. “This is a grass roots party.  It belongs to the people,” he said.  “I believe he [Downey] is using the chairmanship as a vehicle for his own run for governor.”

Downey responded that while he welcomes a challenger into the race, “hopefully, we can stay away form the negative attacks.” Downey’s notes that he has been endorsed by 13 of the 15 members of the party’s executive committee.

The party debt, the failure to elect any Republicans to statewide office, and the “Give it Back” campaign — featuring Downey in a commercial urging the legislature to offer tax rebates — were all factors in a decision to challenge Downey, Jungbauer said. “[Downey] claims to have paid down debt but he racked it right up too,” Jungbauer said. “In effect, the gains have been minimal.”

Downey characterizes the challenge as a protest candidacy.  “Bill comes from the 2nd Congressional District, which had a strong effort to unseat Congressman John Kline,” Downey said. “That Bill represented this district is part of his protest.”

The Minnesota GOP executive team, including party chair, will be elected April 11 at a meeting of the party’s state central committee.