The end of the legislative session, May 18, is a little more than three weeks away. In the Legislative Standard Time zone, there should be plenty of working hours remaining for the DFL governor, the DFL-dominated Senate and the Republican-controlled House to agree on a budget.

But with Gov. Dayton “unbound,” DFL senators not walking in lockstep, and a Republican House that needs to flex political muscle, the road to agreement may be as difficult to navigate as it was in 2011, when Dayton and the Republicans who then controlled both chambers forced a government shutdown.

Curt Johnson, who has led both the Citizens League and the Metropolitan Council, was chief of staff to Gov. Arne Carlson in 1994. At the time, Carlson, a Republican running for re-election, faced a similar distribution of power, with DFlers controlling the Senate and Republicans controlling the House. I asked Johnson, who I worked with in the governor’s office, for his thoughts on bringing together irresistible objects and immoveable forces in the next few weeks.

First, Johnson said, acknowledge the reality that everybody needs something. “I’ll preface what I’m saying that, unless I’m romanticizing the past, in the days when we were doing our jobs, there was a sense of the need to find common ground. My sense is, today, people on the right and left must take a stand — even if it undermines progress, even if it stymies sensible solutions.

“If I were facing this today, I would try to find out: what is it that each side has to take home? They are going to have to compromise, so who has to have what?”

Tax cuts, transportation, and education are hurdles, Johnson said, but they are also opportunities.

On tax reduction, he said, Dayton should give a little — and a little is about all that is affordable. “The Republicans have got to take credit for some reduction in taxes, although they cannot get as much as they want because they don’t have as much money as they believe there is in the surplus. They count inflation on revenue, but not on spending.”

Education is more complicated, Johnson said. “Dayton seems, more than any governor I’ve ever known, incredibly deferential to his education commissioner and incredibly intimidated by Education Minnesota [the teacher’s union]. He should go along with the DFL Senate and Republican plan to offer early childhood education scholarships. Universal pre-K education may be affordable now, but you have to think about the tails. It’s an investment that needs to be targeted. In the end, K-12 education will end up getting a better shake if they let go of universal pre-K and direct that money into the basic education formula.” 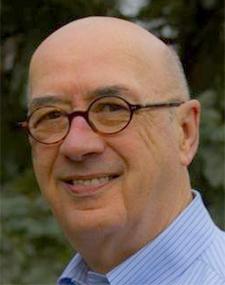 On a transportation plan, Johnson sides with the DFL. “This is where the Republicans have their head in the sand,” he said. “They are not paying attention to the profile of the millennial generation that wants good, public transportation. If we persist in this notion that it’s only roads and bridges, we will not have a metro area that is going to be competitive. This should be a conservative idea. I realize the election revitalized the prospects of rural Minnesota, but a competitive metro area benefits the whole state, and if we can’t compete, it’s going to hurt in Baudette, in Detroit lakes. They are going to feel it over.”

So, who starts the ball rolling when it comes to compromise? “The governor has latitude,” Johnson said. “He’s has a big runway, another three years in office, and he’s not running again. He has the status to be magnanimous. Kurt Daudt may be the most reasonable speaker of the House we’ve had in some time. As for [Senate majority leader] Tom Bakk, the governor’s relationship with him is layered with Shakespearean intrigue.

“Somebody has got to say there’s a lot at stake, that people have to make these strong stands, but we’ve got to come to a resolution on behalf of the people of the state. The governor has more political freedom to do that and everything to gain.”

On whether all sides will agree by the May 18 adjournment:  “The only class of people that are more driven by deadlines than journalists are politicians,” said Johnson. “They can’t get it done until it’s almost too late.”

How Dayton, Senate DFLers and House Republicans could forge a budget deal — and avoid a shutdown