With one word added to the law allowing same-sex marriages in Minnesota, a former legislator helped the state to circumvent the furor from the right and the left that surrounded the original Indiana religious freedom law.

In 2013, Republican David FitzSimmons, now chief of staff to Rep. Tom Emmer, offered an amendment to the legislation that passed in the DFL-dominated legislature with four Republican votes, including his. The amendment added the word “civil” before the word marriage whenever it appears in state law.

For some cultural conservatives, FitzSimmons amendment still fell short of true religious protection. “It doesn’t deal with the photographer that doesn’t want to photograph same-sex marriages, with school officials, with government officials, with marriage counselors,” said Tom Prichard, president of the Minnesota Family Council, at the time of the bill passage.

That was the intent of the original Indiana law, which placed businesses under the umbrella of religious protection if faith could be proven as a reason for a discriminatory practice. Indiana Gov. Mike Pence signed a revision of the law that specifies that businesses cannot deny service to gay patrons. 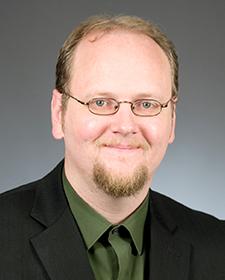 That law allowed FitzSimmons, and the legislative majority that voted for the bill, to narrowly define the use of religious protection, and to reassure civil rights advocates that it could not be used as an excuse for discrimination.

The Freedom to Marry Act has not been challenged in court, and for the most part, Republicans who opposed the bill have moved on. All the Republican candidates for governor in 2014 said they would make no attempt to overturn the law.

There was one notable exception to the paucity of political fallout: David FitzSimmons.  His amendment and his yes vote for same-sex marriage forced him into a district battle that cost him the Republican endorsement and his seat in the Minnesota legislature.