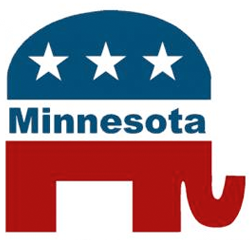 The Republican National Committee has ruled that the Minnesota Republican Party’s presidential preference poll — scheduled for March 1, 2016— must bind its national delegates proportionately to the winners.

This bit of intra-party arcana is important because it could help the state GOP’s efforts to be a bigger player in 2016 presidential politics, though it has also served to dismay activists who believe the rule imposes national control over grass-roots activities.

State Republican Party Chair Keith Downey says that conducting a binding poll at the Republican precinct caucuses will put the national spotlight on Minnesota along with other states holding caucuses that day – “a mini-Super Tuesday,” he calls it.

And since the ballot is binding proportionately, Downey believes, “it protects the upstart candidates who can sustain their candidacy without having to win outright.  My opinion is that this is actually a better situation for grass-roots activists … who may prefer an outlier.”

“All the Republican presidential candidates will take Minnesota more seriously,” he said.

Those candidates who would be inclined to establish a front in Minnesota include Rand Paul, whose father Ron Paul won the votes of the Minnesota delegate contingent in 2012; Scott Walker, who has used Minnesota activists in his Wisconsin campaigns; Rick Santorum, who won the 2012 precinct caucus straw poll; and Jeb Bush, whose brother had a sizeable Minnesota operation in 2004.

Downey said the state party’s national committee members made frequent requests to the RNC rules committee for a waiver to continue the traditional non-binding straw poll at precinct caucuses, even though they knew it was unlikely, given the party’s desire to compress the presidential nominating process.

Minnesota’s delegates to the National Republican Convention are chosen at congressional district conventions, usually held in May. And though the delegates will now be selected in proportion to the results of the vote at the precinct caucus level, there will likely still be jockeying for votes and horse-trading at the state Republican convention, in June, where the final delegate selection is made.

“So, there will still be the on-the-ground grass-roots political activities that the activist delegates thrive on,” Downey said,  “And it’s still the absolute classic political free-for-all at the state conventions. And I say that in a positive way.”

The DFL party will also conduct a binding presidential preference ballot at the March 1 precinct caucuses, though the Democratic president field is expected to be considerably smaller than its GOP counterpart.