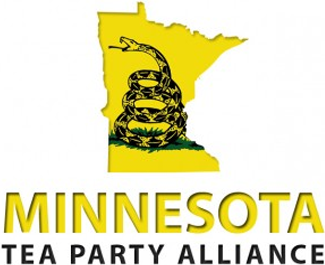 “Give it back,” exhorted the state Republican Party during the legislative debate about how to deal with the state’s $2 billion surplus.

But legislators didn’t give it back. They used about $1 billion of the surplus to increase the state budget by 5 percent.

Now House Republicans are taking a flogging from the right, even as they try to claim the high ground.

“My heart is heavy with grief from the actions taken by the MN House Majority and some of the MN GOP Senators,” wrote Minnesota Tea Party Alliance president Jack Rogers on his Facebook page.

“Unfortunately, every house rep let us down in the final 48 hours,” commented Jake Duesenberg, the Tea Party’s executive director. “No tax cuts at all. Huge spending increases in public education and socialized health care.”

Not that the left is happy with GOP legislators, either. “House Republicans failed to finish the job,” DFL Minority Leader Paul Thissen said Wednesday. “They refused to compromise with Gov. Dayton. They wanted to keep this money so they can give corporate tax cuts.”

But Speaker of the House Kurt Daudt not only defended the Republican position, he extolled bipartisanship and the state spending it fueled. “We are proud of the bills we put forth,” he said a new conference preceding Thissen’s.  “A record amount of new money was put into early education initiatives.”

He also noted reforms and the increased funding for nursing homes, a priority of Republicans for rural Minnesota, though he only touched on tax issues, with a comment that, “Republicans successfully fought against a nearly $1 billion annual increase in the state’s gas taxes.”

Keith Downey, chair of the Minnesota Republican Party, offered sympathy and muted cheering for the House Republican position. “From a conservative perspective, it’s a very mixed result,” Downey said.  “It’s much more spending and no return to the taxpayers but that’s divided government. And I think Kurt was listening to the voters who said they didn’t want gridlock.”

Similar comments came from Norm Coleman and the Minnesota Action Network. “The conclusion of this year’s legislative session shows the benefits of balanced leadership at the Capitol,” Coleman said.

Daudt and his colleagues, who are aiming to claim the middle ground as their field of victory, are betting now that balance is the strongest argument they can make as they look ahead to the 2016 elections.

The Tea Party is not happy with Minnesota House Republicans