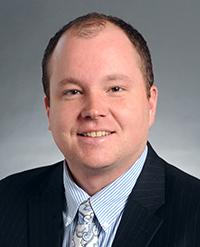 Senate District 35 is such a solidly Republican area, stretching across the Twin Cities’ northern suburbs, that several names have surfaced as possible replacements for Sen. Branden Petersen, who recently announced he is not running for re-election.

The district, which covers Andover, Anoka, Coon Rapids, and Ramsey, reflect the subtle differences in the make-up of Minnesota Republicans.

“Politically it’s an interesting mix,” said Aplikowski, who is vice chair of the Sixth Congressional District Republicans and treasurer of the Senate District 35 Republicans.  “You have Anoka, which is more of the traditional social conservative Republican.  You have Ramsey, which is more exurban, libertarian leaning.  And you have Andover and Coon Rapids, traditionally business friendly. It’s the wheelhouse for Republicans.”

The mix played in favor of Petersen, a solid conservative with a libertarian bent. In 2013, he was the only Republican in the Senate to vote in favor of legalizing same-sex marriage. Party leaders considered reprimanding him for the vote, but rescinded formal action and the party leadership subsequently changed.

Don Huizenga has been a longtime party activist and was a candidate for the House in 2014. He considers himself a Petersen supporter and says he may run now that the seat is open.

“There is a chance I’ll be looking at joining forces with Branden and some of the other libertarians in our neck in the wood,” Huizenga said.  “There’s some good people in the district already and if they decide they want to run… I wouldn’t want to run against them. But if we think there’s some desire to make the area a little more libertarian, then I’ll make the run.”

Kathy Tingelstad, who served six terms in the state House from 1997-2009, describes herself as a moderate Republican who matches the district. She says she also may run. “As soon as Branden announced, my phone started ringing,” she said.  Officially, I’m considering it. If I pursue it, I will go in with my eyes wide open.”

Former state Rep. Jim Abeler of Anoka, who now works as a lobbyist for health care-related companies, was also tempted to run. But he, like Petersen, noted the long hours and short pay as disincentives to jumping into the race.

“It’s not likely,” Abeler said. “I was there 16 years and almost went bankrupt.  It would be fun to get back, but once you’re out of it you don’t realize how hard it is to be there.”

Abeler’s successor from Anoka, freshman state Rep. Abigail Whelan, says she is eyeing a move to the senate, but cautiously. “I’m thinking about it right now,” she said.  “I really like the House and I don’t know I want to give up the relationships. I don’t want to make any rash decisions.”

Aplikowski, who lives across the street from Petersen in Andover, says he’s considering running only because Petersen is not.  “The number one thing is the opening.  I don’t like running against Republicans who are doing a good job.”

As a GOP Senate district officer, Aplikowski said he is directly contacting other possible candidates for the seat to assess how broad a field might emerge.

But as an officer for the entire Sixth District, he noted, “It shouldn’t take a lot of money to win this seat,” he said.  “We shouldn’t be spending a lot of money competing with each other.”

And no matter how many candidates come forth, he said, Senate District 35 shouldn’t siphon money away from less reliably Republican districts.