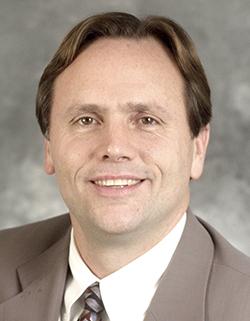 Former state Rep. Jim Abeler has changed in his mind about considering a run for the state Senate seat being vacated by Republican Branden Petersen.

Abeler has established an exploratory committee, putting him in the company of at least five other possible candidates in Senate District 35, which covers Andover, Anoka, Coon Rapids and Ramsey.

Abeler represented Anoka in the Minnesota House for 16 years, leaving the post in 2014 for a run for the U.S. Senate. He works as a lobbyist for health care related companies.

A Senate seat would the culmination of those experiences, he said. “I’ve had 16 years in the house, and experience on the national campaign trail, and now in the halls,” he said.  “I want to put that to good use.”

A chiropractor by training, Abeler was the chair of the House health care finance committee and was considered a Republican point man on health care issues.

“I feel that there is a void in the Senate on health care expertise and I can fill that,” he said.

Senate District 35 is solid Republican territory but with a libertarian bent that Abeler has reflected in his voting record. Although he is a critic of the federal health-care-reform law, he worked to establish the state’s health care exchange, MNsure.  In 2008, he voted to override then Gov. Tim Pawlenty’s veto of a gas tax.

Among those who have said they are considering running for the seat — a list that includes Don Huizenga, state Rep. Abigail Whelan and former state Rep. Kathy Tinglestad — Republican activist Andy Aplikowski, vice chair of the Sixth Congressional District Republicans, has the most organized campaign thus far, with a campaign website that includes a page for contributions.