At a meeting of Republican activists last weekend, where a straw poll was taken on presidential preference, the Donald Trump campaign presence was minimal and, with 10 percent of the vote, so, apparently was his popularity.

But while many in the group found much to dislike about Trump, there were sidebar conversations to the effect that Trump is getting some things right.

Janet Beihoffer, the state party’s national Republican committeewoman, was at that meeting. She heard some of those comments, which she says are similar to what she hears as she talks to Republicans and nonpolitical types around the state.

My colleague Eric Black identified the emotional nerve Trump is striking – “Why Donald Trump’s poll numbers keep going up and up,” as well as the political canniness of his proposal on Muslims – “Two and a half reactions to Trump’s idea of banning Muslims from entering the U.S.”

Beihoffer wouldn’t comment on the politics of Trump’s proposal, but said from what she hears, there’s more than emotion at work.

“Donald Trump is verbalizing people’s frustration — right now, it’s immigration. But, people are afraid for other reasons: Jobs are disappearing (Disney hires foreign workers to do American jobs and makes Americans train them before they can leave); wages are stagnant (if someone has a job); addressing terror is confined to verbal semantics; costs are rising; health insurance premiums are skyrocketing; security at airports is questionable at best (how many security checks have failed?). 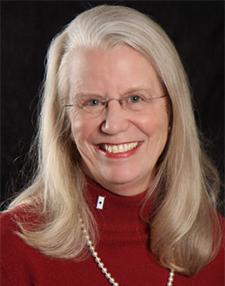 “And people don’t see the political elite addressing these problems — many of which could be fixed if the laws on the books were enforced.

“You wonder why people support Donald Trump? He put these issues on the table. People are scared that the America they knew is disappearing. They elected people to enforce the law and provide growth solutions. They are not seeing it.

“Their frustration is being addressed by Donald Trump. Will they all vote for him? I don’t know, but I do know the frustration out there is alive and well and Donald Trump is tapping into it,” she said.

Beihoffer’s conversations with activists may appear to contradict the flood of Republican criticism of Trump’s proposals. They are definitely anecdotal. But they illustrate how, even among people who turned their back on Trump in a straw poll, there is a measure of support for the issues that are the core of his campaign for president.