Marco Rubio’s presidential campaign efforts in Minnesota are ramping up a notch.

The senator’s operation, chaired by former GOP gubernatorial candidate Jeff Johnson, is working to secure a Rubio visit and is soon expected to release of roster of prominent political supporters in Minnesota.

The targets of this attention are the 50,000 or so Republican voters who will attend the state’s March 1 precinct caucuses and cast a binding presidential preference vote.

“Our focus right now is solely on getting Marco Rubio supporters to show up on March 1,” said Johnson. “Our hope is to win the caucus and bring more delegates for Rubio [to the Republican National Convention] than anyone else.”

In a December straw poll conducted at a state Republican party leadership meeting, Rubio placed a distant second to Texas Sen. Ted Cruz, who subsequently made a well-attended campaign stop in St. Paul. But Rubio’s supporters contend that he holds a competitive position among caucus goers in Minnesota, similar to other states where Rubio polls well against Cruz and Donald Trump.

“I think if I had to tell you one complaint over the past 20 some years of activists, it’s that we don’t pick a conservative that has a message that resonates among non-conservatives,” Johnson said. “Marco is able to do that.”

“We expected the straw poll results,” said Greg Peppin, an experienced political hand and volunteer member of Rubio’s state leadership team. Peppin said there is no question that as the primary season proceeds, candidates will drop out.

“So where do those supporters go?” he asked. “You can draw a logical conclusion that Rubio stands to gain exponentially more than Cruz would.” 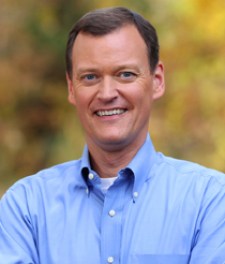 Former state Sen. Amy Koch is a Rubio supporter.  She’s comfortable with where Rubio places in the pack. “He’s been doing well in the debates,” she said. “He’s going to be top three in Iowa and New Hampshire.”  And Koch agrees with Peppin that Rubio is acceptable to supporters of Carly Fiorina, Jeb Bush, and Chris Christie. “You start to come to a candidate that unifies and besides being a young Latino, he can unite us.”

Peppin says the Rubio operation consists of 50-plus volunteers working to recruit caucus goers at the precinct level, plus a dozen members of his leadership team.

Although the structure of the organizations differ, the size of Rubio’s team is on par with that of the Cruz, Rand Paul and Fiorina campaigns in Minnesota, though the latter three have paid directors who organize teams of volunteers.

As much as anything, the time and effort these campaigns are devoting to Minnesota demonstrate the anything-is-possible nature of the competition for the Republican nomination that could still be in question when Republicans meet in July in Cleveland.