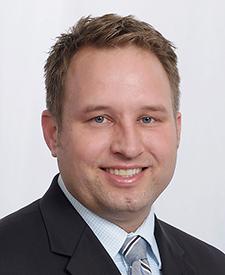 Republicans were so pleased with the victory Chad Anderson scored over DFLer Andrew Carlson in House District 50B, in Bloomington, that he was sworn into office Tuesday, just a week after he was elected.

The GOP’s excitement was understandable — Democrats had held the seat since 1998 — but the victory was no fluke. The House Republican Campaign Committee placed cable TV ads accusing Bloomington City Council member Carlson of raising property taxes. But it was direct voter contact that clearly made the difference, as Anderson, his volunteers and paid staff went door-to-door and explained why he would make a great state representative. In the end, in an election that was decided by 130 votes, more people in the district were talking about Anderson than about Carlson.

The question is whether the victory is a one-off, born of a very particular set of circumstances in Bloomington, or a trend that portends good things for Republicans in a presidential election year, a situation that normally favors strong Democratic turnout.

“This should serve as a wake-up call for Democrats that we cannot take any district in any part of the state for granted, even in a presidential election year,” House Minority Leader Paul Thissen told MinnPost after Anderson’s win.

One DFL operative predicts that in a general election, with 75 percent voter turnout — compared to 15 percent last week in Bloomington — Republicans cannot maintain the same level of ground game in every competitive House race.

Traditionally, the DFL has been far better at that aspect of campaigns than Republicans. Even Republicans acknowledge the superiority of the DFL get-out-the vote operation. In 2014, the Republican Party admitted this weakness and tried to upgrade its efforts, opening 18 field offices and hiring two-dozen paid staffers. Even so, that effort paled in comparison to the DFL’s operation, with 30 field offices and 125 paid staffers.

With no statewide offices on the ballot this November, the unknown factor in voter turnout is the identity of each party’s presidential candidate. Republicans believe Hilary Clinton will turn off Democrats in rural Minnesota, where the GOP made many of its gains in 2014.  Meanwhile, the DFL predicts a Republican ticket topped by either Donald Trump or Ted Cruz would similarly depress turnout by GOP-leaning voters, especially in suburban districts like Bloomington.

But the emphasis on the ground game on both sides makes it clear that old-school campaigning is still critical. Even in this era of data driven nano-targeting, politics is personal, and talking to people is the best way to get their votes.

How Republicans scored their big upset in House District 50B