Minnesota gave presidential candidate Florida Sen. Marco Rubio his only win on Super Tuesday, with a solid 36 percent of the vote at the Republican precinct caucuses.

And, yet, because of the way Minnesota proportions the awarding of delegates — coupled with Trump’s wins in other Super Tuesday states — Rubio’s victory means very little in his quest for the Republican nomination for president.

What also became clear in interviews with Rubio supporters on caucus night: Not a small number of those voters were motivated as much by stopping Trump as they were by propelling Rubio.

“Donald Trump is divisive, and a nomination for Trump will be the death knell of the conservative movement for generations to come,” said 32-year-old Edina voter Neil Busticker, who voted for Rubio. “We can’t let Darth Vader into the room.”

Betsy Elmore, another Edina voter, took a more positive view of Rubio. “We agree on a lot of the issues.”

But her mother, Holly Elmore, agrees with Donald Trump. “I want a nonpolitician who has executive experience and is not beholden to anybody,” she said. Elmore said she’s not a fan of the Trump style — “I’m not in love with the guy” — but does like his lack of political correctness. “That’s why he resonates with people,” she said.

In Minnesota, the real winner may be the state Republican Party. With a turnout of 111,253 voters, the party almost doubled its previous high water mark of 64,000 caucus goers in 2008.

“I’m seeing some younger people coming in,” said Jerry Witkowski, co-chair of the Senate District 49 GOP, in Bloomington and Edina. “I’m seeing … new faces. I don’t know how many we find that we had not discovered before, but it wouldn’t surprise me if there aren’t several hundred new people.”

Those new faces will not only be tapped for volunteer activities like door-knocking, they could help give the party a fresher look. Of course, to do that, the new voters who showed up on caucus night would have to stick around and support Republicans regardless of who becomes the presidential nominee.

“I think they all want to participate in their presidential preference ballot and see what the outcome is,” Witkowski said. “I think after they read the outcome, you’ll see some people who are disappointed that their candidate wasn’t the one selected and they may move on.” 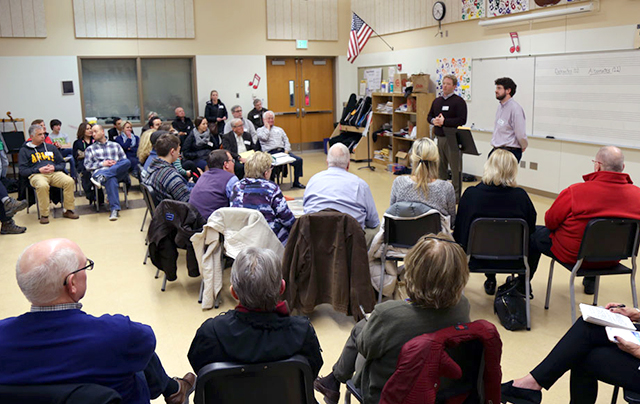 Minnesota will send 38 delegates to the national convention. With several election twists still expected in the primary season, the final apportionment could remain unknown until the state party convention at the end of May.

‘We can’t let Darth Vader into the room’: why Rubio’s Minnesota win says as much about Trump as it does about Rubio