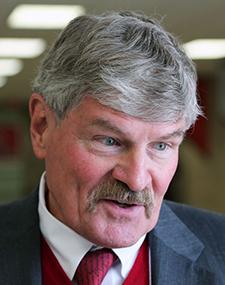 Attorney Doug Seaton really wants to be a Minnesota delegate at the Republican National Convention, so much so that he’s gladly enduring the tedious process it takes to get there.

Over the last few weeks, Seaton has run for delegate positions at the precinct and Senate district levels — and is now is running for the big prize: one of 38 slots that will make up Minnesota’s delegate contingent that heads to Cleveland in July for the RNC.

“I think I’ve earned that spot, but I also think I could contribute,” Seaton said. “Given the complexity of the presidential campaign, I think they may need a few cool heads and a few people that have analyzed a few things and can find their way through rules to a solution.”

On Saturday, at the Senate District 49 convention in Bloomington, Seaton was elected as a delegate to the state GOP convention, which will take place on May 21 in Duluth. That means he now has two options to compete for a national delegate slot: He can bid for one of the three delegate slots from his Fifth Congressional District; or he could be chosen as an at-large delegate at the state convention.

Seaton’s efforts demonstrate the complexity of selecting national delegates in Minnesota, a process that has taken on substantially more weight this year given the possibililty that the party’s nominee could be determined in Cleveland.

Seaton, a 30-year party activist from Edina, started out as a Scott Walker supporter.  When Walker dropped out, he supported Marco Rubio. With Rubio “suspending” his campaign, he is now a Ted Cruz supporter, but he actually has the option of running for a spot as either a Cruz or Rubio delegate.

That’s because, based on the results of the March 1 presidential preference poll, Minnesota’s national delegation will consist of 17 delegates for Rubio, 13 for Cruz, and 8 for Donald Trump. A delegate can represent one of those slots while supporting a different candidate, an option that will be significant if neither Cruz nor Trump can secure the nomination on the first convention ballot. If that happens, most delegates are no longer bound to their original candidate.

MinnPost photo by Brian Halliday
On Saturday, at the Senate District 49 convention in Bloomington, Seaton was elected as a delegate to the state GOP convention, which will take place on May 21 in Duluth.

Further complicating matters is the fact that the path to become a national delegate in Minnesota is different depending on which of the state’s congressional districts one is running in.

Each of the eight congressional districts elects three delegates to the national slate, proportionately reflecting the votes that Rubio, Cruz, and Trump received in their district. In the Third, Fourth and Fifth Congressional Districts — essentially the Twin Cities and first ring suburbs — Trump did not receive enough votes to qualify for a delegate, so their three delegates each are designated only for Rubio or Cruz.

Since Rubio has suspended his campaign, his declared delegates from Minnesota will be unbound at the national convention, which could lead to additional screening as congressional districts select their delegates. 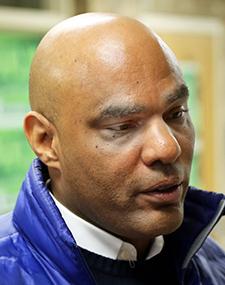 “Declaring who they are supporting is up to the individual congressional district,” said the Republican Party Deputy Chair Chris Fields, who attended the Senate district 49 convention. “Some will say, if you’re a Rubio guy, I know you’re unbound so I want to know who you really support. And that’s up to the different nominating committees. This is local control. Everyone will have their own set of rules.”

The congressional districts account for 24 of Minnesota’s 38 seats at the RNC — of the remaining 14, 3 are reserved for party officials and 11 are at-large seats to be elected at the state convention — all elected proportionally to the statewide results of the March 1 preference poll.

Which brings us back to Doug Seaton. He’s still not sure what rules will govern either his Fifth District or at-large candidacy to be a delegate. “It’s up to those who are setting up these slates and what the convention ultimately does,” he said.  But he’s willing to wade through the rules and make the commitment of time and money. “I believe this could be a very, very important convention and I think it’s going to be material what happens at the convention,” he said.

Seaton, like many political activists, is looking at the national convention as a history-making event where, or the first time in decades, there may be no candidate with a lock on the nomination, where a candidate must personally lobby delegations for their support, where the delegates cross state lines to form subgroups and caucuses to get their candidate to the top, and where even a state with a small delegation becomes critical to how a party chooses its candidate for U.S. president.