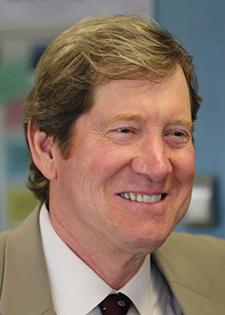 Anyone who expected fireworks – or even a little suspense – would have been disappointed by the Republican Second Congressional District Convention in Apple Valley over the weekend.

Despite predictions that there would be a deluge of nasty literature, personal confrontations, and endless ballots, there was little drama in the decision to endorse a candidate to replace retiring Republican Congressman John Kline. Former radio talk show host Jason Lewis required just seven ballots — not a big number in such contests — to secure the endorsement. He knocked out former state Sen. John Howe on the second ballot, and defeated activist David Gerson on the last one, 63 to 37 percent.

Lewis is an outspoken conservative with a libertarian streak whose radio commentaries  on race, abortion, and the Constitution has led opponents to offer a stream of claims that he runs too far right for CD2, a swing district that covers the Twin Cities’ southern and eastern suburbs.

The DFL-endorsed candidate for the district, former St. Jude Medical executive Angie Craig pounced within minutes of the Lewis endorsement. “I’m confident his views are totally out of step with a majority of Minnesotans,” Craig said in a news release. “I will work tirelessly to show how Jason Lewis’s divisive views and ugly rhetoric are out of touch with my own values and those of our state.”

Lewis fended off similar arguments from his GOP opponents during the course of the endorsement campaign. And he may still have Republican opposition before he gets to take on Craig. Lakeville businesswoman Darlene Miller, who’s been endorsed by Kline, has said she will challenge Lewis in the Republican primary, which will take place on Aug. 9. Howe said he may do the same.

Lewis expressed confidence he will prevail. At the convention, he described Craig as “the most radical candidate,” and said he would campaign on reducing the national debt and protecting people’s private information.

In an interview, Lewis said he has no problem with presumptive Republican presidential nominee Donald Trump at the top of the ticket, although he supported Kentucky Sen. Rand Paul in the presidential primary campaign. Lewis intends to use those libertarian credentials in his appeal to voters. “Remember, this is a district that supported [former governor and Independence Party candidate] Jesse Ventura,” he said.

But voters in CD2 also supported Mark Dayton and Al Franken, as DFL party chair Ken Martin was quick to point out in statement released after Lewis’ endorsement, indicating that Democrats will make an intense effort to flip this once safe Republican seat.