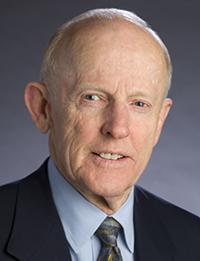 Stanley S. Hubbard himself might consider it breaking news. On Monday, the chairman and CEO of Hubbard Broadcasting — a leader in the Dump-Trump effort — joined the advisory committee of Great America PAC, the pro-Donald Trump SuperPAC.

“I just agreed with [Trump PAC organizer] Ed Rollins this morning to be on a committee, the first Trump PAC,” Hubbard said in an interview with MinnPost. “I said, ‘Yeah, I’ll do that as an advisor,’ and we’ll see how much money I have to give.”

Earlier, Hubbard gave $10,000 to Our Principles PAC, which was attempting to defeat Trump. He was also an early backer of Wisconsin Gov. Scott Walker’s presidential campaign, and eventually donated money to several of the Republican candidates for president. He didn’t like Trump’s style and some of the extreme positions he staked out.

But now, he says, he has no choice.

Hubbard, who is one of the country’s most prolific political donors, stresses that he is not a Republican, and says his views tend toward the libertarian.

“I determine who’s going to vote the way I think and speak the way I think the country should go,” he said. “That is, in my opinion: more freedom, less regulation, more freedom for investors to invest and create businesses and opportunities for other people so everybody can get ahead, not just the rich. I’m for the little guy becoming the big guy.”

“Harry Truman would be a great president,” he said. “I could vote for Harry Truman today.”

Instead, Hubbard says he will vote for Trump — and try to persuade others to do the same. Here’s more from our interview.

MinnPost: Do you think Trump is going to be a good President?
Stanley Hubbard: I think anybody would be better than Clinton. I think he’ll moderate himself. He’s been in business long enough to know you have to listen to others, which he does.  And he’s spent his whole life promoting Donald Trump, which he knows how to promote. If I were Hillary, I’d be very nervous.

MP: Is Trump going to change the Republican Party?
SH: If he doesn’t get elected he’s not going to affect that much. If he gets elected, he’ll have a great effect; we’ll have to wait and see. Hopefully, it will be a common sense effect.

MinnPost: What about down-ticket candidates, candidates that you are interested in?
SH: I think it would be foolish to walk away from Trump. You want to lose, walk away from the candidate. He won it fair and square. I don’t agree with the way he did it. But he did it.

MinnPost: Have you met Trump?
SH: Yes. I was invited … to explain to Donald Trump how he could use satellite to set up a network to start a new football league. It was a great idea. But Trump didn’t like it. He was polite and he listened.

MinnPost:  Do you want to meet with him again?
SH: I don’t have to meet with him. He has to do what he does. If he asks for my opinion, I’ll give him my telephone number. I don’t think he’s going to call me. Trump’s not going to come to see me. I’m just a very minor cog.

Top GOP donor Hubbard explains his switch to Trump: ‘I don’t agree with the way he did it. But he did it.’