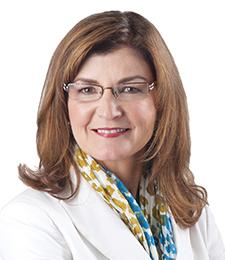 When the Minnesota Republican Party got together for its state convention a couple of weeks ago, delegates voted to eliminate its judicial elections committee, a move that should shut off the spigot that produced unqualified or controversial candidates like Michelle MacDonald.

It’s also likely to result in a lot fewer GOP judicial endorsements in the future.

“Very few judges ever seek endorsement, so the committee would either go recruit someone totally unqualified to run or try to endorse someone already running who didn’t want to be endorsed,” said one critic within the party. “Now that we have taken away the ability to create those two scenarios, I think endorsements will be very rare — and in only in cases where it is truly warranted and where the candidate actually wants party endorsement.”

The change made at the state party convention doesn’t carry a deliberately moderate agenda. But it clearly marginalizes a faction of the party that’s been problematic since the GOP adopted judicial endorsements in 2000.

The 20-member committee (there are two members from each judicial district) frequently included members who used the vetting process to ensure a candidate would advocate certain issue positions, often anti-abortion or pro-gun. And it wasn’t uncommon for the committee to include members who had personal complaints about the judicial system.

Most problematic was the committee’s track record, though. Not a single endorsed candidate has ever been elected as a judge. And in the last two years, only one candidate, MacDonald, even asked for an endorsement.

It was that fiasco that finally pushed party leaders to alter the process. In 2014, the committee nominated MacDonald — knowing that she had been convicted in 2013 for refusing a blood alcohol test and resisting arrest. The larger group of GOP delegates that approved her endorsement, however, was not made aware of her arrest record.

In the wake of those revelations, party leaders, including GOP gubernatorial candidate Jeff Johnson, were forced to disavow MacDonald. She was barred from the GOP booth at the Minnesota State Fair and was physically ejected by bodyguards. MacDonald then claimed she received threatening phone calls from an attorney acting on the party’s behalf.

When the judicial committee endorsed MacDonald this time, the wheels were already in motion to throw both MacDonald and the committee itself under the bus.

Attorneys David Asp and Harry Niska, former members of the judicial committee, successfully passed a resolution that moved judicial endorsement to the party’s nominations committee, which vets all other candidates for state offices.  Some members of the committee argued passionately on the convention floor to retain its functions, but the change passed with limited opposition.

“The judicial elections process seemed opaque,” Asp said. “The delegates [who must approve the nominations] never knew much about the candidates or how they were selected or who was even on the committee.”

The state GOP is not likely to follow the DFL and completely eliminate judicial endorsements, say even the strongest critics of the endorsement process. But many feel the change should produce more suitable judicial candidates, or at least limit the possibility that controversial ones will become a GOP distraction, embarrassment, or worse – a symbol of the party’s priorities.