Republican presidential candidate Donald Trump may have set a new standard for taking advantage of tragedy with his Twitter response to the massacre in Orlando and a subsequent speech aimed directly at his supporters’ fear that Muslims threaten American security.

Two Minnesota GOP activists say those comments have only reinforced their opinion of his candidacy — reactions that offer a window into the party’s divide over their presumptive nominee.

To re-cap, the first tweet from Trump after details of the massacre were revealed came at 10:45 AM Sunday.  “Horrific incident in FL. Praying for all the victims & their families. When will this stop? When will we get tough, smart & vigilant?”

The next tweet arrived an hour later. “Appreciate the congrats for being right on radical Islamic terrorism, I don’t want congrats, I want toughness & vigilance. We must be smart!”

Trump congratulated himself again Monday in a speech in New Hampshire.

“I called for a ban [on Muslim immigration] after San Bernardino, and was met with great scorn and anger but now, many are saying I was right to do so — and although the pause is temporary, we must find out what is going on,” Trump said in speech in New Hampshire. “The ban will be lifted when we as a nation are in a position to properly and perfectly screen those people coming into our country.”

Such rhetoric was more evidence to Minnesota Republican activist Dave Thul that Trump is unfit for the presidency. “Trump doesn’t have a filter and doesn’t think about what he says before he says it,” said the former Steele County GOP chair, who resigned earlier this year over his objection to Trump’s candidacy. “I don’t think he has the self awareness that this tragedy is a time when the country is looking for a leader.”

Not that Thul gave high marks to Hillary Clinton’s response. “Hillary Clinton put out a very calculated vanilla response that intended to say nothing and offend no one,” he said.

Clinton too made political points with her base by arguing for gun control and expressing allegiance with the GLBT community that saw the attack at a gay nightclub as terrorism targeted at homosexuals.

But she chose not to match the confrontational tone of Trump’s remarks, which included a call for military intervention. 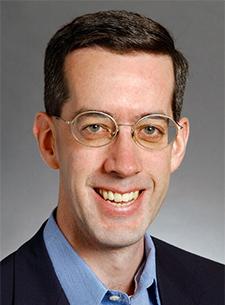 Yet for Brian LeClair, chair of the Trump for President organization in Minnesota’s Fourth Congressional District, Trump’s words were on target. “I wish Donald Trump had been wrong about the risks we face from radical Islamic terrorism,” he said via email. “With regret, it must be said that Donald Trump has not been wrong. What we really need, though, is a smart, tough President to destroy ISIS in its bases in Syria and Iraq. Secretary Clinton did not get the job done when she had the chance, and ISIS grew dangerous on her watch.”

Reaction on social media was even more polarized. Trump supporters praised his toughness. His detractors condemned him as egotistical and racist.

Thul, like many Republicans, remains disappointed with his putative nominee. “Look back to Ronald Reagan after the Challenger disaster,” he said. “Those were words that helped inspire and heal the country.  With Trump, there is none of that.”