If the face of the Minnesota Republican Party is going to change with the election of Donald Trump, some of those new faces were at the Radisson Blu celebrating Trump’s victory.

Aside from the party officers, this was not the usual cadre of GOP activists, at least not the ones I’ve encountered at similar events over the years.

They were young. There were faces of different colors. And some were older, a little rougher around the edges than the usual suits who traditionally show up at Republican events.

In fact, if you just looked at the crowd and erased the political signage, you might not guess what their common dominator was.

It was Donald Trump, of course.

“He’s gonna shake things up,” was the phrase I heard most often. “We’ve all had enough of the establishment, talking points of both parties. Start listening to the people,” said one Trump supporter, who was swallowed by the crowd before I could get her name.

In Minnesota, 45 percent of voters believed that Trump was listening to them. Democrat Hillary Clinton won the state by only 1½ points. 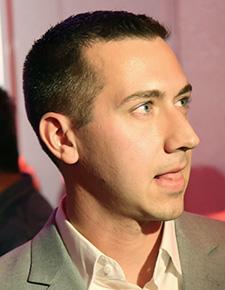 “The suburbs are not as much for Hillary as they had hoped, so that’s a Minnesota story,” said Andy Post, Trump’s Minnesota campaign director. “Outstate — these pockets of DFL votes — they’re just not coming through for Hillary.”

Post believes that means a change for the better.

“There’s a new Republican party,” he said. “Four years ago, the pundits, everybody said, ‘We’ve got to change. We have to bring in Democrats.’ You saw tonight tens of millions of Democrats [nationwide] voted for Donald Trump.”

There were no badge-wearing DFL-ers at the Radisson Blu on Tuesday, but there was only polite applause when party officers delivered positive results for Republican state legislative and U.S. House candidates.

“We’re actually going to pick up more seats than we currently have,” Kurt Daudt, speaker of the House, told the crowd. (He was right; the GOP went on to extend its majority in the House.) “And I’m particularly excited to announce that when you run into Ron Erhardt on the street, you can call him former representative Ron Erhardt,” he said referring to the victory of Republican Dario Anselmo, which reclaims a prized Edina seat for the GOP.

The cheers that greeted the names of the Republican winners seemed to come mainly from the House members who had joined Daudt on the podium. 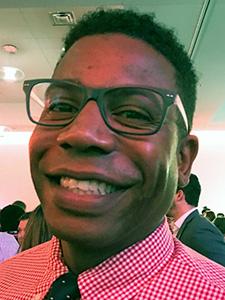 The voters at the GOP party were, first and foremost, for Trump, although the president-elect’s flaws and divisive campaign themes were noted by at least a few of his Minnesota supporters.

“I don’t like the rhetoric that may have been used to earn this victory,” said Ryan Hamilton, who asked to be identified as an African-American Republican. “But we are judged by our actions, not our words. Sometimes we say things. We’re all guilty of that, right? I wish he wouldn’t have said those things, but again it just comes down to what he does. That will be the ultimate decision.”

Be they true Trump supporters or Trump skeptics, state Party Chair Keith Downey said these voters will not only be welcome but could create a significant new wing of the party that will “cut across a lot of demographic and ethnic boundaries.”

And even though candidate Trump created more boundaries than he knocked down, the crowd at the Radisson Blu may offer a preview of a new kind of Republican voter.